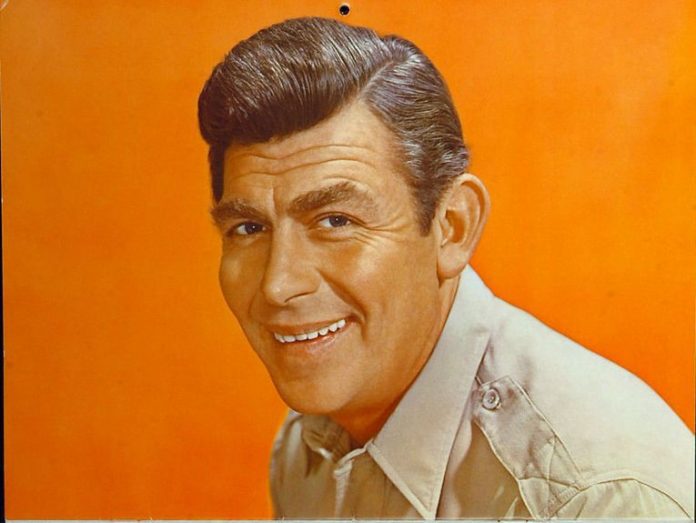 Early morning. I’m driving to North Carolina, to meet the oldest surviving cast member of the Andy Griffith Show, Miss Betty Lynn.
I’m so excited, my bladder is trembling.
As a boy, we lived in North Carolina, for a hot minute. The town was Mamers—if you can call it a town—and we lived with my aunt.
I don’t remember much about that period except that I watched so many Andy Griffith episodes I started seeing in black-and-white and using phrases from the show.
My favorite phrase: “You beat everything, Barney, you know that?”
Andy says this whenever he gets upset with Barn. This line is always followed by a mushroom cloud of laughter.
Once, my aunt and mother were sitting on the porch, counting cars, while I watched TV inside.
“Turn that television down!” my aunt shouted.
So I hollered back, “Aw, you beat everything, you know that?”
Bad move.
My aunt has a statewide reputation for ripping the ear lobes off of boys who sass. When she swatted my hindparts she yelled, “I’ll show you who beats everything, mister!”
I have other North Carolina stories. Once, my mother announced that she would be taking me to Mount Airy—the hometown of Andy Griffith. I was white-hot with excitement. I became so giddy, I started ice skating on my aunt’s linoleum kitchen floor.
Just when I was about to attempt a triple Axel jump, my socks slipped on the floor, and I slid into a gas heater. I ripped my calf muscle on jagged rusty metal.
A mess ensued. I’m talking blood everywhere. Carnage. Gore. Weeping and gnashing of teeth. Members of the clergy, fainting.
When I saw my own blood, I screamed loud enough to lift the roof. Twenty stitches later, I never saw Andy Griffith’s hometown.
That’s all about to change this week. I am plowing through Alabama, Georgia, South Carolina, and watching the sunrise. In a few days, I’ll be hugging the neck of ninety-one-year-old Betty Lynn, who played Thelma Lou on the Andy Griffith Show. The Thelma Lou.
I’m every bit as excited as I was when I was a boy. And this is probably because—I know this is going to seem stupid—Andy Griffith raised me.
It’s true. Sort of.
After my father died, I was a lonely child. I was like most fatherless kids. I wanted someone to play baseball with me, to take me dove hunting, or fishing. Someone to be proud of me.
But life doesn’t work out the way little boys want. Not even if you do ice skate on kitchen floors. So I ended up watching reruns of Andy Griffith instead.
Every day at five, the local station played Andy and Barney. I sat dangerously close to the console television and said, “You beat everything, Barney, you know that?” right along with Andy.
Mayberry became my town. Andy was my Paw. Barney was my friend, Opie was my brother, Floyd was my barber. I told you it was stupid.
When I got older, my fascination only got worse. I named my dogs after the characters, I bought every record Andy ever recorded, I even wrote him a few letters. And, on one occasion, I wrote Don Knotts’ name on a ballot in the voting booth.
So it might be ridiculous, but this is one of the proudest moments of my existence. When I meet Betty Lynn, I might lose my mind and start ice skating on her hallway floors.
The thing is, I’ve come a long way in my uninteresting life. Not many years ago, I was a middle-school dropout who thought the biggest thing he would ever do was hang drywall and drive an ugly truck.
Today, I am a writer. I still drive an ugly truck, only now I consider myself to be lucky. And grateful. Because in a few days, I will visit Floyd’s Barber Shop. I will eat at the Snappy Lunch Diner. I will sit behind Andy’s desk, recline on his bench outside the courthouse, and God willing, maybe even fish his fishing holes.
I wish my father could see me now. Anyway, I forgot how I was going to end this story.
Wait. I remember. I have an important message for my aunt, who is reading this right now.
You beat everything, you know that?
Sean Dietrich is a columnist, and novelist, known for his commentary on life in the American South.