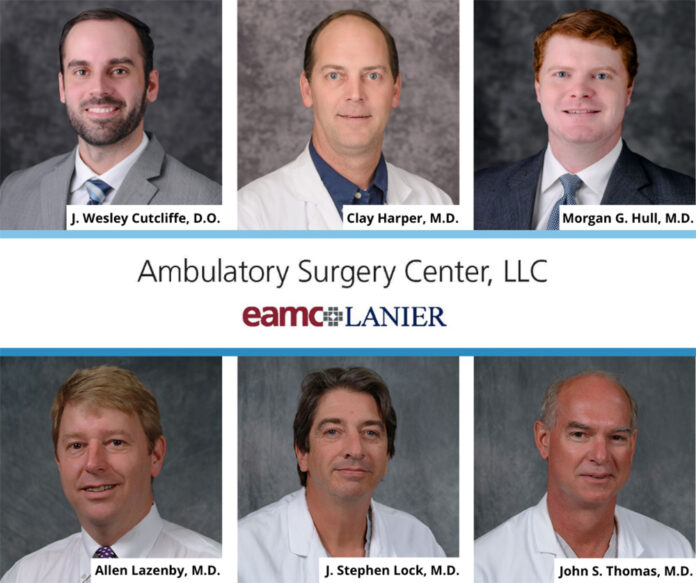 Outpatient surgical services returned to EAMC-Lanier in Valley this week through a joint venture between EAMC and five physician shareholders. Known as the EAMC-Lanier Ambulatory Surgery Center (ASC), the facility offers outpatient surgery for patients who meet specified ASC requirements.

The facility, which was renovated in 2020 after originally opening in 2010, houses four operating rooms, one procedure room, two recovery areas  and a central sterile department. It also has a new C-arm radiographic machine with a vascular package that will assist physicians during certain surgeries. A new ultrasound machine has also been installed for tests and procedures.

“Our priority at EAMC-Lanier ASC is to serve our surgical patients and their families in a convenient, comfortable and professional setting,” said Jimmy Norman, ASC administrator. “Our facility will complement the surgical offerings at EAMC and maintain the same quality of care seen in a traditional hospital setting. We will continuously evaluate and improve the quality and value of our services. We are excited about offering this service to patients in Chambers, Lee and other surrounding counties.”

There are eight surgeons practicing in the ASC, with each having one or two days dedicated to their outpatient procedures. Other physicians are actively being recruited to join the ASC with the hopes of expanding the specialties offered.  The ASC is open Monday through Friday from 8 a.m. to 5 p.m. eastern time.

The physicians practicing at the EAMC-Lanier ASC are: