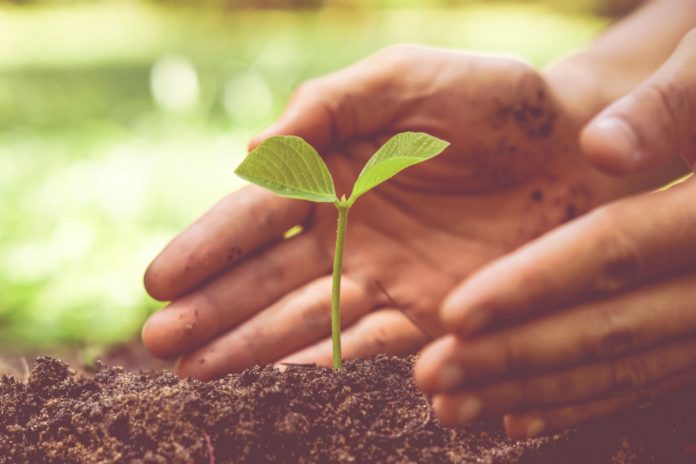 Alabama’s Healthy Food Financing Initiative (ALHFFI) could create nearly 1,400 jobs within the state, according to a new report, Economic Impact of the Healthy Food Financing Initiatives on the Economy of Alabama. The report details the economic impact of public and private investments in the program. This study, commissioned by VOICES for Alabama’s Children and prepared by Dr. Keivan Deravi, dean and professor of economics at the Auburn University at Montgomery (AUM) School of Public Policy and Justice, was released in conjunction with the Alabama Healthy Food Financing Initiative Study Commission report during a press conference on March 14 at the Alabama State House.
The report also indicated that, when fully funded, the initiative would mean an economic boon for other Alabama businesses, including construction jobs, and estimates that after 10 years, the program could have an overall impact of nearly $300 million on the state’s economy.
“In many of the counties that lack full access to healthy, fresh foods, there is also a need for quality, high-paying jobs,” said Senate Majority Leader Greg Reed (R–Jasper), author of the 2015 legislation establishing the Health Food Financing Initiative. “The development of new grocery stores and the expansion of existing ones will create jobs that put people in these counties and communities on track to faster economic growth, while also providing a place for residents to purchase fresh, healthy food.”
In its report, the study commission recommends allocating $1.3 million in FY2018 and FY2019 to capitalize the Alabama Healthy Food Financing Program. Last May, the Alabama Legislature passed the Healthy Food Financing Act, establishing a statewide revolving loan program to incentivize development, renovation and expansion of grocery stores and other fresh food retailers in communities with limited access to fresh, healthy food.
“Grocery stores generate more than $3 billion dollars in annual sales and provide some 25,000 stable jobs in this state,” said Representative Connie Rowe (R – Jasper). “The potential economic impact is tremendous, and it will be a great long-term investment in Alabama’s public and fiscal health.”
The Alabama Healthy Food Financing Initiative Study Commission was established to determine best practices, analyze program impacts from programs around the country, and identify potential healthy food retailers poised for development in Alabama.
“The Study Commission identified several examples of comparable programs around the country that are having a significant impact on communities and citizens,” said Sen. Bobby Singleton (D – Greensboro), chair of the Study Commission. “This report demonstrates the critical importance of funding our healthy food financing program and the broader economic impact the program can have on the State.”
According to the report, more than 1.8 million Alabamians, including nearly half-a-million children, live in areas with limited access to grocers and other fresh food retailers. Healthy food financing initiatives are proven components of comprehensive public health models that help combat some of the most severe and costly obesity-related illnesses, such as diabetes and cardiovascular disease.
Alabama is the second-most obese state in the nation and ranks third for both adult hypertension and diabetes rates. The commission report also highlights the potential for the state to save over $3 billion in obesity-related health care costs by 2020 through an investment in programs that help reverse negative health trends, such as the healthy food financing program.
“Healthy food plays an important role in creating a healthy community where all citizens can thrive, especially children,” said Melanie Bridgeforth, Executive Director of VOICES for Alabama’s Children and Co-chair of the Alabama Healthy Food Financing Initiative Study Commission.     “Unfortunately, we still have far too many families living in areas with limited access to fresh, healthy food. Alabama has a legacy of utilizing public-private partnerships to create systemic change, such as the state’s high-quality pre-k program. A fully funded Healthy Food Financing Program in Alabama has the opportunity to produce similar results – results that improve our children’s health, create much-needed jobs and bring more economic security. It’s a win for health, it’s a win for the economy and it’s a win for our state.”
The report also identified more than 20 projects across the state that can benefit from the support of a fully funded HFFI. The AUM economic impact report projects the total impact of 10 projects over a decade could be $331.6 million, with more than 8,000 jobs created.
VOICES for Alabama’s Children, the Alabama Grocers Association, the American Heart Association along with over 50 state and national partners launched the healthy food access campaign in Alabama in early 2013, seeking to raise awareness about the growing concern of childhood obesity and its relationship to food access. All three organizations remain committed to continue the work that was started two years ago to bring healthy food closer to home for everyone in Alabama.
More information about the Healthy Food Access Campaign can be viewed here: http://www.alavoices.org/healthy_food_access.