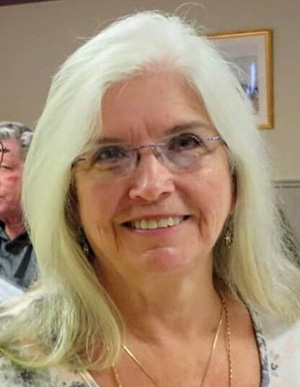 Ada was born on April 13, 1946. She graduated from Opelika High School, class of 64. She was a medic for the United States Air Force and served in Japan and Alaska during the Vietnam War.

Ada married her soulmate, Timothy Clyde Manning (Tim) on December 8, 1973. Together they raised three children in the Opelika area. Ada was also known as a mother to many others throughout the years.

Ada had a passion for her family and friends. Her home and pool were always open and she never let anyone go home hungry.  Ada loved to bowl and travel with her husband, Tim. She was an avid Alabama football fan and loved being hostess to gatherings and their famous April Bash. She loved to shop because she loved giving people gifts. Thanksgiving was her favorite holiday because she loved to cook and spend time with her family and friends.

Ada worked at the Pediatric Clinic in Opelika. She also worked her way up from being a Dispatcher at Opelika Police Department to the Supervisor over Communications, where she retired in 2014. Many of her coworkers became lifelong friends.

We would like to extend thanks to the Doctors, Nurses and staff at EAMC for taking care of our beloved Ada during her fight against the complications of COVID-19. She fought very hard for many months but is now healed with a new heavenly body. Although there is a huge hole left here on Earth without her, we have faith we will all see her again.

Funeral services were held at 3 p.m. on Dec. 5 at Jeffcoat-Trant Chapel with Reverend Mack Ballard officiating. Burial was in Garden Hills Cemetery.