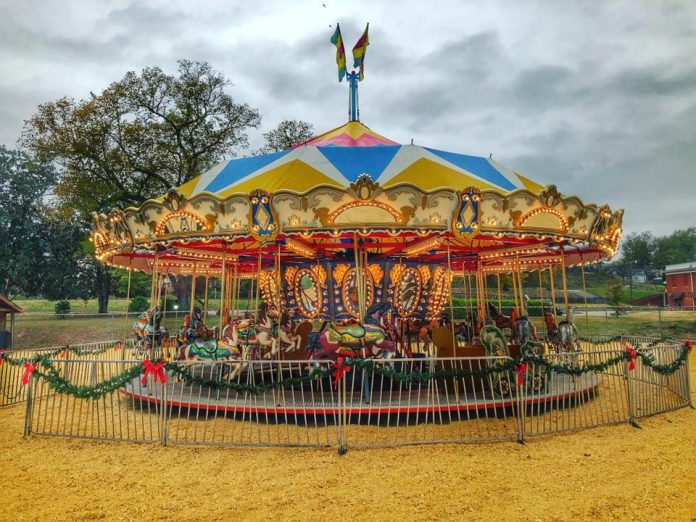 I grew up in the small mill village of Shawmut, Alabama. Members from both sides of my family worked the mill trying to scratch out a living while I went to school, played sports, learned life-lessons and all about Jesus there.
We were a simple but close-knit community, where basic needs were either provided or subsidized as a service by West Point Pepperell. A community where everyone helped everyone and generations of families lined Double Drive. Always with a wave and a hello, a place where the tenets of love and kindness were as infinite as that circle we all grew up on. A place where traditions mattered, especially Christmas ones.
The magic of Christmas is a powerful thing. When you grow up with little but have everything (it’s complicated), Christmas was everything. Each year as the weather turned cold, all of us children of the valley were warmed by the sheer excitement we felt as workers decorated the streets with sparkling ornaments. When the lighted image of Mary had risen to her perch high above Johnson’s curve, we knew it was near. Then came the manger scene and finally the galvanization of our community would be completed by the 30 shiny saddled horses, three abreast, galloping to the sounds of Christmas around yet another circle that we all grew up on. The merry-go-round had arrived.
As a child of the 60s, I rode those tricolored horses for years and countless miles. I stood in awe of that big red candle, which was actually the ticket booth (where free tickets were given out), staring at what appeared to be a magic flame coming from the top of it for hours. The sounds of familiar voices, the music and the laughter, the smell of pine garland and sawdust,