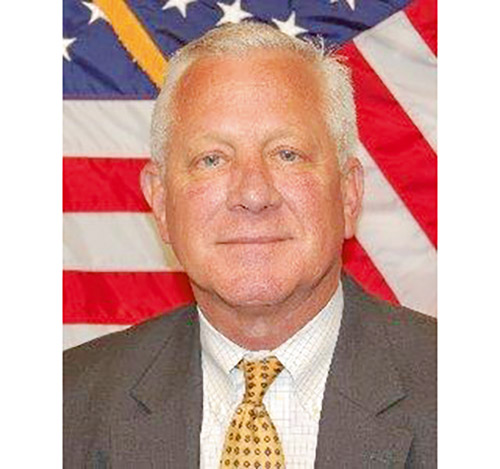 John McEachern will stand up from his chair, leave his office and say goodbye to the police department that started his career over 40 years ago.

The future chief grew up in Opelika and can still recall fond memories of his childhood in the city.

“My wife always said, ‘You must have had a wonderful childhood,’ because of my memories and being born and raised right here in Opelika, I’m able to remember specific things and events,” McEachern said.

Although he and his family spent some time in Selma while McEachern was in high school (where he met his future wife), Opelika is home.

Following his high school graduation, McEachern took his first job in police work as a communications operator on Jan. 1, 1974, for the Opelika Police Department.

“I was only 19 at the time; I thought that would maybe sort of get my start, get my foot in the door,” he said.

He stayed in radio operation until he was 21, when he was legally old enough to become a patrol officer.

A year and a half later McEachern moved up again, this time to traffic division.

“I rode a Harley for about a year and a half,” he said. “And I’d never been on a motorcycle a day in my life. My parents would not allow me to own one and there I was making a living riding a motorcycle.”

McEachern’s last position with the Opelika Police Department, before leaving for the FBI, was as a detective, which he held for 10 years.

The FBI had always been his dream, and he worked in Pittsburgh, Los Angeles and then in Opelika while in the Bureau over his 24-year career.

Working in bigger divisions like Pittsburgh and Los Angeles gave McEachern the chance to branch out more and find what he wanted to do, he said.

In order to move up with the FBI, McEachern and his family would have needed to move to Washington, D.C.

“I’d been gone from Opelika for about 20 years and so I did a lot of praying, a lot of soul searching, weighing the fact, did I want to go promote up and go to Washington, D.C., knowing that I was going to continue to be transferred around,” he said. “Or, in the F.B.I, they had what they refer to as an O.P., an office of preference. And that’s where you ultimately want to wind down your career or remain there.

“And at the time I had enough seniority that I turned down the promotion in Washington D.C., but they had an opening back here in my hometown of Opelika, which is very, very rare.”

So in 2006, McEachern moved back to Opelika to continue his work in the F.B.I. in an office based on the Mobile Division.

He retired from the FBI in 2012, but his career with police work and law enforcement was not over — the Opelika Police Chief position was open a year later.

“I was contacted by many and asked if I’d be interested and I applied and I ended up being appointed police chief in April 2013,” McEachern said.

In total, he worked 22 years with the Opelika Police Department, both before and after his career with the FBI.

“I have truly been blessed,” he said. “I would think it’s almost very rare to find individuals that have a career, especially in law enforcement, that spans almost five decades.”

Although McEachern grew up in Opelika and started his career here, there were perks to living in other locations, like Los Angeles.

“Sometimes you have to make some decisions that people don’t necessarily agree with or they don’t like,” McEachern said, referring to Opelika. McEachern knew some of the people he had to police.

McEachern said when he came on as police chief the department was well established, had its own systems and he did not want to cause a great shake up.

“I personally felt like I would have had to have been a fool to come in here and make drastic changes to begin with because out of the well over a 100 or so personnel, I only knew four of them,” he said.

McEachern’s advice for local officers was to meet the community.

The care comes from officers who choose this route, he said.

“You’ve heard the old law enforcement or police line, ‘I got involved in law enforcement, it’s in my blood.’ No, it’s a calling and God leads us to things.”

Now that he is officially retiring, McEachern said that he and his wife would like to spend more time together.

He has a grandson too, whom he has not had the chance to meet.

“He’s seven months old now. He was born in March. Obviously at the outbreak of the COVID. We had plans of flying to California then … now that baby boy is seven months old and his older brother is three years old. So we’re wanting to spend some time with them.”