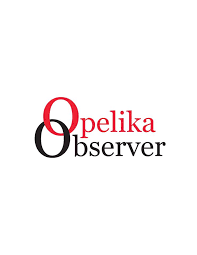 One of the front page articles in the first edition of the Observer detailed how students from Auburn University were an inportant part in launching the paper. Ten years later, the Observer still benefits from this relationship with the university.
In 2018, the Observer has had the privilege of working with six interns from Auburn, and one from Pennsylvania State University:
Spring Semester:
Kendyll Hollingsworth and Lawton Vallely.
Summer Semester:
Morgan Murphy, Anna Riley and SavannahVickers.
Fall Semester:
Vanessa Poulson – from Penn State and Arnecia Walker.
Each of these students have shown great promise as journalists and writers.
All of these interns were under the tutelage of Associate Editor Morgan Bryce.
“Starting with the Observer as an Auburn University (journalism) intern myself, I have a way of relating to them and helping them prepare for this experience. Besides getting to know them and work with them, I take a lot of satisfaction in seeing them employ the knowledge I’ve passed on and put that to use in their writing,” Bryce said.
The first two columns below are reflections from Poulson and Walker on their interships with the Observer. Their interships ended last week.