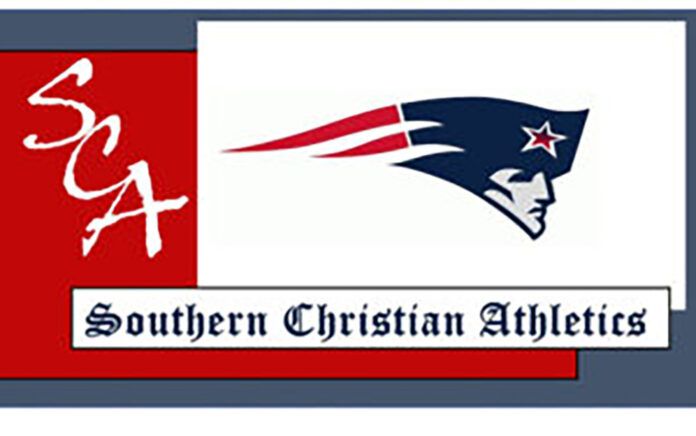 CONTRIBUTED TO THE OBSERVER

On Tuesday, Jan. 4, the Southern Christian Patriots tipped off against the Lagrange Academy Warriors in Lagrange, Georgia In the middle school game, the Patriots were behind the Warriors going into the second half of regulation. After going into a full court man-to-man press in the third quarter, the Patriots had a 15-0 run on the Warriors and never looked back. After the smoke cleared, SCA had won 40-25 over LCA. Leading Southern Christian was Parks Myers with 18 points and eight steals; also Jagger Scott and Jayden Pool had six points each. However, the junior varsity game would be a different story for the Patriots. The boys from SCA jumped ahead of the Warriors in the first quarter 17-13, but in the second the Warriors were able to successfully trap the Patriots and flip the script. By halftime, SCA trailed 32-28. The Warriors continued to pull away in the third, but the Patriots closed the deficit in the fourth with man-to-man pressure. They would fight valiantly but lose 59-53 at the end. The Patriot’s Cole Johnson scored 23 points and Myers scored 20.

On Friday Jan. 7, the younger of the two middle school teams of Trinity Christian made its way to Covington Rec in Opelika to play the Patriots. After putting up a courageous 24-minute fight, the Eagles fell to the Patriots 47-19. Anderson England cleared the way for the SCA victory with a big double double, registering 13 points and 11 rebounds. Jack Eagan put up 12 points and Wyatt Myers added 10 points and four blocks. Harris Adams fought hard under the rim and grabbed nine boards.

On Saturday, SCA traveled to Montgomery to play the Evangel Christian Academy Lions. The middle school took the court first, outpacing the Lions by near double digits the entire game. The Patriots were able to force 25 total turnovers with their aggressive “Run and Jump” trapping through the first three quarters of the game. Coach Scott stepped back into 1-3-1 zone defense after outscoring the Lions by 20 in the third. The Pat’s Scott scored 11 points; England scored seven and had four steals. Parks Myers led SCA with 10 points, five assists, six steals and five deflections. The final score was Patriots 42, Lions 16. In the junior varsity contest, the undersized Patriots faced a very tough battle in the paint. Falling behind 12-0 in the first quarter was devastating to the boys of SCA. After making a defensive adjustment going into the second period, the Patriots fought hard and outscored the Lions, going into half time with some momentum. However, unable to match up with the much larger forwards of ECA plagued the Pats in the second half and kept them behind the eight ball all afternoon. The Patriots of Southern Christian would go on to lose 36-22 to the Lions of Evangel. High scorers for SCA were Johnson with nine, and Jagger Scott with six. Scott also had 11 hard fought rebounds in the paint.

Southern Christian middle school record is now 8-2, but the very young JV team is currently winless at 0-11 and 0-7 in the ACSC conference. Southern Christian will travel to face non-conference opponents Wynnbrook of Columbus and Southern Prep of Camp Hill this week.