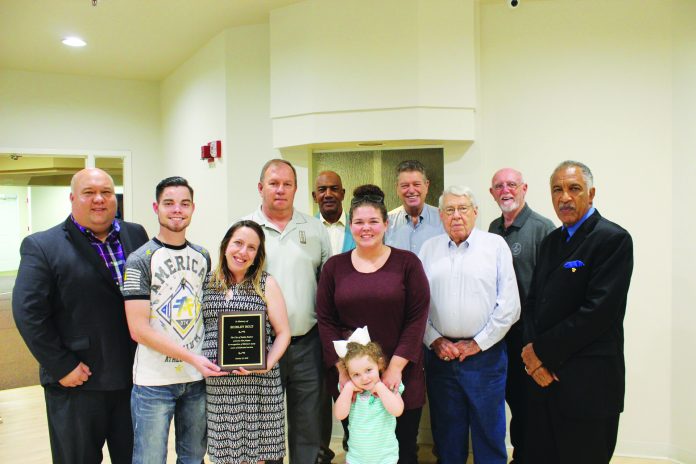 The City of Smiths Station’s boost in overall economic revenue during the last two years was the focal point of last Tuesday’s city council meeting.
According to statistics provided by the city’s Chief Finance Officer Shelby Branton, the city more than doubled its revenue from last year, jumping from $116,741.64 in September 2017 to $235,000 last month, which does not include additional income from the city’s solid waste department and recently implemented ad valorem tax. Mayor Bubba Copeland praised the efforts of his city administration and council members for this feat.
“Let those numbers sink in for a moment – through our hard work and efforts and the city administration as a whole, we have doubled our profits in just a year’s time. We have sought out revenue sources and means to grow out and expand this revenue, and this is thanks to all the effort and time that you the council have put into this,” Copeland said. “Being a businessman, I want you to know how proud I am of all of ya’ll and for being so open-minded to allow us to negotiate some of these deals.”
With the additional revenue, Copeland proposed that the monies be used toward the betterment of the city’s overall infrastructure.
The council also honored longtime City of Smiths Station Zoning Board of Adjustment member Shirley Bolt through a proclamation and plaque presented to her family who were in attendance at the meeting.
“Please know that her passing will leave a hole in what we represent,” Copeland said to Bolt’s daughter Marie Griffin. “She was a firecracker. I know that you guys will carry on her legacy.”
“She was always an inspiration to me, she always said what was on her mind and was very respectful in the process. We appreciate her service to the community,” said Place 2 Councilman Morris Jackson.
In other business, the council:
• approved the purchase of two recycling bins from the City of Opelika for a total cost of $2. One bin will be placed at the Smiths Station Volunteer Fire Department Station 1 and the other behind the Smiths Station Government Center
• heard the financial statements for the environmental and general fund budgets for the month of September from Branton.
The Smiths Station City Council meets on the second and fourth Tuesday of each month, with a work session starting at 5:30 p.m. E.S.T. and regular meeting at 6 p.m.
Their meetings are held at the Smiths Station Government Center, which is located at 2336 Lee Road 430.