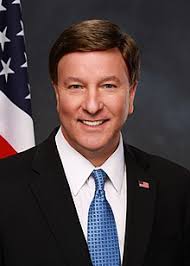 Congressman Mike Rogers made the following statement last week after being chosen to serve as Ranking Member of the Committee on Homeland Security in the 116th Congress.
“I am honored to be chosen by my colleagues to serve as Ranking Member of the Committee on Homeland Security. Having served on the Committee since its inception in 2005, I have the experience and expertise needed to lead conservative homeland security efforts in the House. Most importantly, I stand ready to fight for President Trump’s national security priorities including building the wall. I am proud to be the voice for Republicans’ principals on critical security issues facing our nation, and I’ll bring that to the Committee on the first day of the 116th Congress,” Rogers said.
Congressman Kevin McCarthy, (R-CA) who will serve as Minority Leader in the 116th Congress added, “I am looking forward to having Mike Rogers as the leading Republican on the House Committee on Homeland Security. Protecting America and the American people has been a top priority for every Republican in Congress and Mike has been a championing voice. I know Mike will keep that steadfast leadership as he approaches this new role.”
Background
Congressman Rogers will be Alabama’s only House member to serve as a Ranking Member in the 116th Congress. He has served on the Committee on Homeland Security since 2005 and has served as a subcommittee chairman or ranking member on three separate occasions. Moving into the next Congress, Congressman Rogers will continue to focus on defending our borders, visa security and protecting our transportation systems across the nation. Further, as the threat environment of tomorrow changes, Congressman Rogers will spend considerable time discussing
, including the security of cloud computing, artificial intelligence and hardening our critical infrastructure. Each of these issues presents a unique set of challenges and opportunities for the Committee and Congressman Rogers will be steadfast in examining them and their impacts on national security.