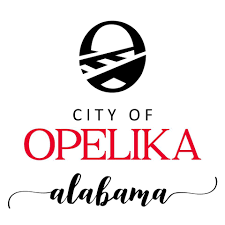 On July 27, the David Mathews Center for Civic Life and the City of Opelika held a public forum entitled Violence in Opelika, with a focus on causes, impacts, and potential solutions to violence.
The Purpose of the Event
Leigh Krehling, who serves Opelika in the role of Community Relations Officer, explained that the purpose of the forum was to gather the community to express concerns, share personal experiences with violence, and propose potential solutions.
Mayor Gary Fuller and Opelika Housing Authority Executive Director Matthew McClammey pointed out that while Opelika has already made significant progress and continues to reduce violence, new ideas are needed to continue to improve. “I feel like we need to build on the successes and accomplishments achieved thus far,” McClammey said. “I feel like the most important piece of this puzzle was to acknowledge that there was/is a problem with crime in Opelika. The “Crime Commission”, created by the Mayor and City Council, was a great first step.”
The David Mathews Center provided the structure for the event, which was led by a moderator from the Center. The discussion began by focusing on the causes and impacts of violence, after which attendees were asked to propose potential solutions.
Effects of Local Violence
Forum participants brought up personal consequences of violent crime, including the tragedy of losing friends and family to violence, fear of becoming a victim, and the potential for children to be traumatized from early exposure.
Patsy Parker of the Opelika School board asserted that a violent crime affects all citizens, regardless of which neighborhood it happens in or in what area any given individual lives. She explained that violence has an impact, regardless of whether it affects an individual personally or whether the effect is less direct. For example, economic consequences included the potential for people and businesses not wanting to move to the area due to crime statistics.
Contributing
Factors to Violent Crime
Among the causes listed were violent crimes committed by non-residents, a need for more activities for teenagers, and issues pertaining to unemployment and poverty. Several attendees mentioned a concern about people from outside of the area committing crimes in Opelika. Another risk factor was that teenagers do not have enough options for constructive activities, particularly during summer break when parents are at work. During this time, teenagers might be at risk of becoming victims of violence or for becoming involved in activities, such as drinking alcohol or using recreational drugs, that may lead to violence. Attendees also expressed concern that adults with low educational attainment are more likely to commit violent crime. These individuals may commit violence due to frustration caused by the challenges they face, such as being unable to earn a living wage and support their family.
Numerous research studies, including a 2017 journal article by Mario Coccia, found at www.sciencedirect.com, have supported the idea that poverty and income inequality are major factors contributing to violence globally.
Solutions to
Violence
Attendees proposed solutions that included the creation of community programs for teenagers, providing more adult education opportunities, and creating resources to raise awareness of current programs.
For instance, awareness-raising initiatives could help community members to find programs that provide activities for teenagers and education for adults. Tiffany Gibson-Pitts, who serves on the Opelika City Council, introduced a new community program that will provide local youths the chance to plan group activities.
One of the points that resonated was that everyone in the community could play a part in reducing violence and improving the community as a whole. Raven Harvis, who works as Regional Director at H&S Commercial and Industrial Services, LLC, described helping employees to fill skills gaps, including assisting workers to obtain their driver’s licenses.
Future Public
Discussion Forums
The event gave community members a chance to express their perspective, and more forums may be held in the future. “I feel like the event was very well attended,” Krehling said. “We had about 36 people here, and I think people spoke freely and from the heart, which is what we wanted them to do.” Several attendees and organizers, including Krehling, shared an interest in organizing additional forums in the future to continue to identify and address issues. “
After the event, Dr. Frankie Bell, who serves as the principal of W. F. Burns Middle School, shared her belief that meaningful discussions are crucial to creating positive change.
“Conversations, regardless of how they are perceived, are always powerful,” Bell said. “It’s about the takeaways and reflections made after we leave here. It’s about what we heard today, what we take away from it, and how it can make us, as a people, better.”