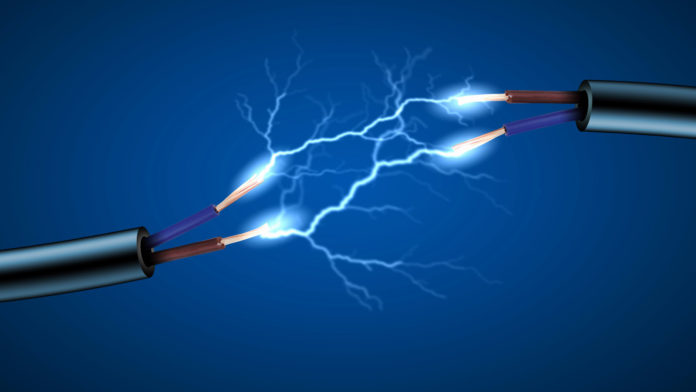 Whether it be food or energy or water, Americans are known for consuming more and more. There is at least one exception: electricity. We are consuming less and less of it. Electricity consumption (as measured by electricity sales) has fallen nationally five of the past eight years and only increased five percent during the 2000s.     Consumption in Alabama lags behind even that slow pace, with consumption actually decreasing one percent in the 2000s. And the recovery since the Great Recession has been no recovery at all for Alabama electricity suppliers with consumption of their product declining 2.2 percent in the period 2010-2015.
Electricity consumption once strongly correlated with economic growth. When the economy grew, so did electricity consumption. This correlation, however, has been weakening for decades. Never has this been more evident than in the most recent decade, when gross domestic product increased 15 percent while electricity consumption remained flat.
Electricity consumption remained flat even as Americans built more homes, built larger homes, constructed new commercial building space, built new information technology infrastructure, migrated westward and southward where space heating and air conditioning is more heavily utilized, and spent more and more of our lives staring at large, bright screens.
These sources of additional electricity consumption are moderated, in some cases dwarfed, by other factors such as: 1) building codes that include energy efficiency measures, 2) slowing population growth, 3) near market saturation of electric appliances, 4) energy efficiency standards (e.g. appliance efficiency standards), 5) success of utility demand-side management programs that resulted in greater adoption of energy efficiency measures, 6) distributed electrical generation (e.g. rooftop solar), and 7) structural changes in the economy to less energy-intensive industries.
The impact of these factors on electricity sales to the residential, commercial, and industrial segments is profound. Programs like the Environmental Protection Agency’s ENERGY STAR reduced electricity consumption an estimated 200 billion kilowatt-hours per year. Homeowners and commercial business owners alike are implementing more efficient technologies that require less electricity than existing ones.
The supermarket, Publix, reduced electricity usage by about 10 percent by replacing existing incandescent light bulbs with more efficient LED lights. Publix also installed 150,000 kilowatt-hours of distributed solar power generation, which further reduced the amount of electricity they demand from electric utilities.
Even energy intensive industries such as steelmaking are finding a way to cut electricity consumption. Electricity consumption from U.S. steelmakers fell five percent from 2002 to 2012 even as cost considerations favored increasing production from efficient electric arc furnaces, which receive a greater proportion of their energy from electricity than basic oxygen furnaces. Going forward, the U.S. Energy Information Administration projects the energy intensity of each of the residential, commercial, and industrial segments to continue to fall over the next 25 years.
Economists and other industry experts will tell you the decoupling of electricity consumption and economic growth should come as no surprise. This decoupling is the hallmark of advanced economies, they say. Mature economies tend to require less and less energy to sustain themselves. The experts will point to other advanced economies such as some of the European Union member states (e.g. Belgium) or Japan and explain that electricity demand has also stagnated.
While the situation may be old news, we sure do struggle to predict electricity demand for something so well understood. The U.S. Energy Information Administration has continuously revised downwards its electricity consumption projections over the last decade as it badly overestimated electricity demand growth. The most recent 2016 projections peg electricity sales growth at just 0.7 percent per year on average from 2016-2040, or similar to the 0.6 percent growth observed from 2000-2015.
Will the most recent projections of slow growth finally get it right? Electric utilities in Alabama seem to think so. In its most recent Integrated Resource Plan filing, Alabama Power Company states that “customer electrical requirements can be met reliably with the Company’s current supply-side and demand-side resources until 2035.”
Likewise, Tennessee Valley Authority, in its most recent IRP filing, states there are “no immediate needs for new base load plants.” It was these same market realities that led TVA to deem the Bellefonte Nuclear Plant site as surplus and sell the plant to private developers. Just like Energy Information Administration, TVA and Alabama Power Company have revised their outlook for electricity demand downward relative to previous analysis, which is saying something because even the older analysis projected historically weak demand growth.
There is a lot we don’t know. Penetration of distributed generation could accelerate the decline in electricity sales. Stronger than expected electric vehicle sales, economic growth, or full electrification of space heating could have the opposite effect and foster higher levels of electricity demand. Certainly these things could happen, but that’s not what we should plan for when have many decades of data suggesting this isn’t a short-term trend caused by year-to-year variation in weather or economic growth.
The data suggest a long-term, consistent, and unmistakable reduction in electrical energy intensity across all segments caused by structural changes in our economy that appear irreversible.
Planning for less than one percent growth in electricity represents a new era in electric utility planning. Historically, electric utilities in the Southeast planned to add new generating capacity every few years to keep up with surging population and economic growth.
This faster cadence of construction will be replaced in the new era of planning with a slower pace, one driven by the need to meet slow demand growth, replace the occasional plant retirement, and add new renewable resources to benefit customers.
*Corey Tyree, Ph.D., is Director of Energy & Environment at Southern Research and a Senior Policy Advisor for the Energy Institute of Alabama. Learn more at www.energyinstituteal.org.

Letter to the Editor: Keep a Killer in Prison

Tuberville Op-Ed in the Washington Examiner: How We Can Support and Show Appreciation for Our Military Families