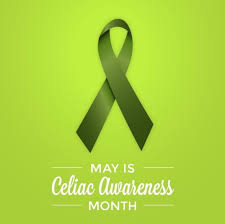 By Morgan Murphy
For the Opelika
Observer

Celiac disease is an autoimmune disorder that occurs in genetically predisposed people who cannot process gluten-containing products. When someone with this disease eats gluten, their body responds by attacking the small intestine which prevents the absorption of nutrients.
An Opelika resident shared how celiac disease has shaped her life.
“My whole life I suffered from stomach issues, and everyone always told me it was reflux,” said Irish Bred Pub employee Ashley Elliott.
Her stomach pain got to the point that no matter what she ate she was in terrible pain, so she began to live off of meal-replacement shakes.
Elliott was 16 when she was officially diagnosed with celiac disease and learned that it had caused major damage to her intestines.
“It took awhile for me to begin to eat normally again, there was a lot more internal damage than you realize,” Elliott said.
When asked what the biggest obstacle was for her to overcome after being diagnosed, she said it was learning how to eat gluten free.
“When I got diagnosed it—gluten— wasn’t marked like it is now … one of the biggest obstacles was learning what ingredients carried gluten because there are a lot more than we realized,” Elliott said.
Now, 11 years later, Elliott said she is able to live a pain-free life.
“ I am totally fine unless I eat gluten. I don’t have any issue,” Elliott said. “If you have issues, don’t ignore them. It is not a big deal to go and get a blood test, because if not, your body will attack itself.”
She now works for Irish Bred Pub in downtown Opelika, who can cater to those who need a gluten-free meal. Elliott shared that one of the pub co-owners, Chris McBride, pays attention to the little things such as using potato flakes instead of breadcrumbs on the crab cakes or using cornstarch instead of flour in their homemade soup.
“Be careful where you’re going to eat because they might have a gluten-free menu, but they don’t have a gluten-free kitchen,” Elliott said.
For more information on celiac disease, visit www.celiac.org.