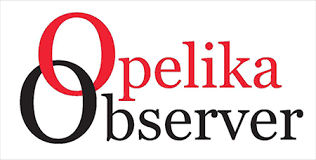 According to an APA release sent Friday, 90 Alabama-based publications submitted 3,394 entries for the annual contest, which was judged by members of the Illinois Press Association.

Among the Observer’s winning submissions were articles, columns, individual photos and photo spreads, which were won by multiple staff members and contributors in the contest’s “D” division.

Following is a current list of awards won by the Observer, classified by category:

Best Business Story or Column – 2nd Place – “Where did the monkeys go? To eat ice cream at O Town of course!” by Publisher Michelle Key

Key, owner of the Observer since January 2018, said bringing home these six awards is meaningful and proof that the Observer is fulfilling its mission of providing local news for local people.

“This is a proud moment for me because I came into owning and operating the Observer with virtually no journalism experience. I believe that we have many ways to continue to grow and improve our product but this is an accomplishment worth celebrating,” Key said.

Serving as the paper’s editor since October 2018, Bryce said these awards are the result of hours of dedication and hard work, which would not have been possible without support from Key, Noles and Salesman Woody Ross, among several others.

“Providing Opelika and Lee County residents with news they want to know about is an extremely satisfying task, and winning these awards is really icing on the cake. There are thankless elements of journalism that no one but others in our profession recognize, and this is just confirmation that we are on the right track with the work we do on a weekly basis,” Bryce said.

This marks Hodge’s first award, a moment that she said is a milestone achievement in her writing career.

“It’s such a privilege to be a writer under any circumstances; but, what an honor it is to work for the Opelika Observer and to be recognized among so many talented writers,” Hodge said.

With three awards in 2019, Noles said he enjoys his role and contributing his artwork to the paper for readers to enjoy.

“I’m honored and glad that the photos I contributed to the paper were recognized as some of the best in the state,” Noles said.

For more information or to view a full list of the APA Media Award contest winners, visit www.alabamapress.org.