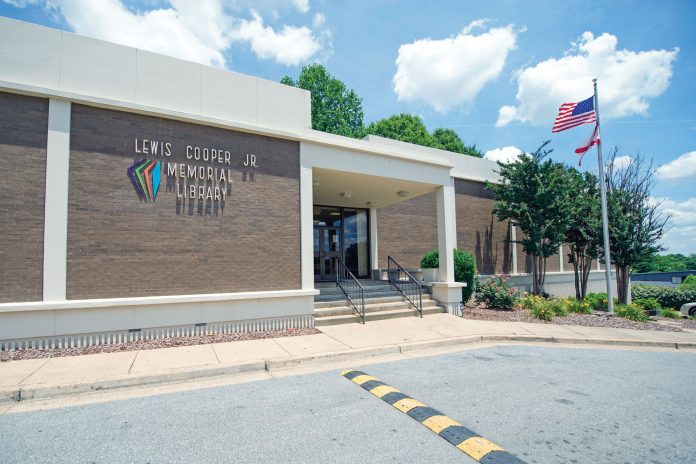 Opelika City Council voted to approve four separate bid packages during Tuesday night’s meeting to develop and construct a new municipal library to be located at 1100 Glenn Street in Opelika. The four bid packages are detailed as follows:

The council also voted to approve a budget, prepared by Robins & Morton Group for the new library building in the amount of $11,876,188. According to city documents, the council voted to adopt the total project budget, “to include all costs associated with the design, construction and administration of the project, including costs associated with the demolition of the existing building, whether such costs have been expended  or will be expended in the future.”

In other business, the council:

– Received the June 2020 Monthly Building Report presented by City Manager Joey Motley; building permits in the amount of $20,930,614.80 were issued for the month of June 2020

– voted to award a contract bid in the amount of $129,490 from AAA General Contractor Inc., for the 2020 removal of dead, dying, or dangerous trees

– voted to approve an agreement with L.P. Campbell Co. for professional grant writing services at an annual fee of $18,000 to be paid in four equal installments

– voted to approve a change order for the Covington Recreation Center renovations project in the amount of $44,362 bringing the contract total to $1,841,172

– voted to approve a resolution to increase the salary for the public defender to $2,000 a month

– voted to approve a special appropriation for the EAMC Foundation in the amount of $10,000 for the 2020 Christmas Ball to benefit the new neonatal intensive care unit which is to be located at EAMC

– voted to approve a change order for the N. Uniroyal Bridge project contract in the amount of $49,500

– voted to approve a memorandum of understanding between the city of Opelika and Envision Opelika Foundation Inc., as sponsor of Creekline Trails of Opelika in the amount of $30,000

– voted to amend the zoning and ordinance map to rezone 25.7 acres located at the corner of Waverly Parkway and Veterans Parkway to a planned unit development that will consist of 72 townhome units and 20 single-family lots

– voted to approve a request for annexation of a 25,700 square foot lot located at 4002 Marvyn Parkway.

The Opelika City Council meets on the first and third Tuesdays of every month. Meetings are held at 7 p.m. in the meeting chambers in Municipal Court Building. Meetings are also live-streamed on the city’s YouTube channel.