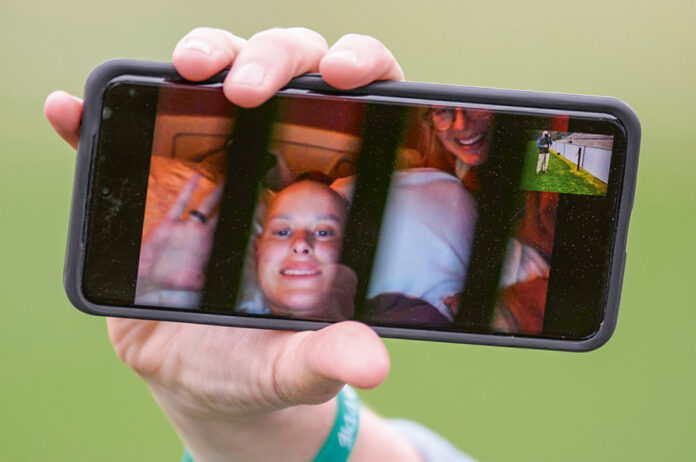 Class of 2020 Lee-Scott Academy graduate, Maddie McClendon, was honored last Thursday as the baseball, softball and soccer teams dressed out in teal color jerseys for “Maddie McClendon Night.” McClendon was diagnosed with ovarian cancer in October 2020 and is now being treated in Cincinnati, Ohio.

The proceeds from all the games on Thursday will be donated to the McClendon family. In addition to the money raised, an Alabama State Trooper helicopter flew in at halftime of the Varsity Girls’ soccer game to make a presentation to the McClendon family. Mark McClendon, Maddie’s father, accepted the gift from the state trooper. Maddie was able to view the event from her hospital room via Facetime. The family said that one of the best things about the event was to see Maddie smile as she viewed her friends giving her support. Maddie was a co-head of the varsity cheerleading squad and also participated in track and softball at Lee-Scott Academy.