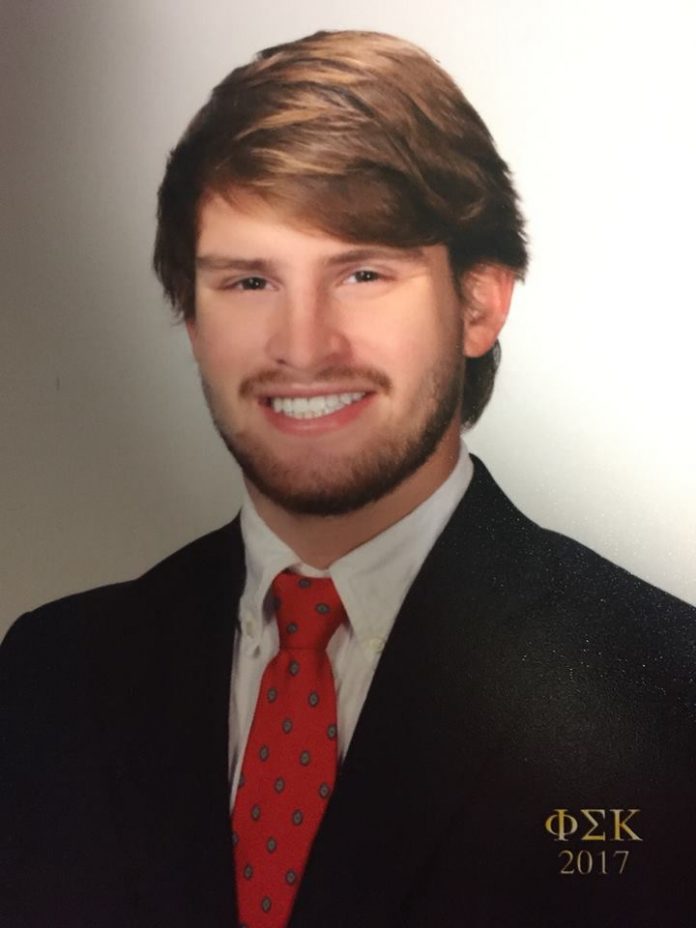 Lawton Vallely, a born-and-raised Auburn native, studied communications and political science at Auburn University, where his favorite class consisted of learning about evidence and legal reasoning. Outside of classes and working at his parents’ restaurant, Vallely enjoys listening to music—his favorite genres include alternative and pop—and attending music festivals. He also enjoys eating at restaurants around Auburn and Opelika. Some of his favorites include Buffalo Wild Wings and Italian places such as Venditori’s, and he admits he has a big ‘sweet tooth.’ He is also a fan of Netflix shows such as ‘House of Cards,’ ‘Suits’ and ‘Stranger Things.’ Vallely said he loves to travel, and one of his favorite places he has visited is Puerto Rico. He is looking forward to traveling to Chicago later this year.
With this internship, Vallely said he hopes to gain more experience writing and interviewing through a journalistic lens. He said he believes his experiences will help him be more apt to excel in any career he pursues in the future.