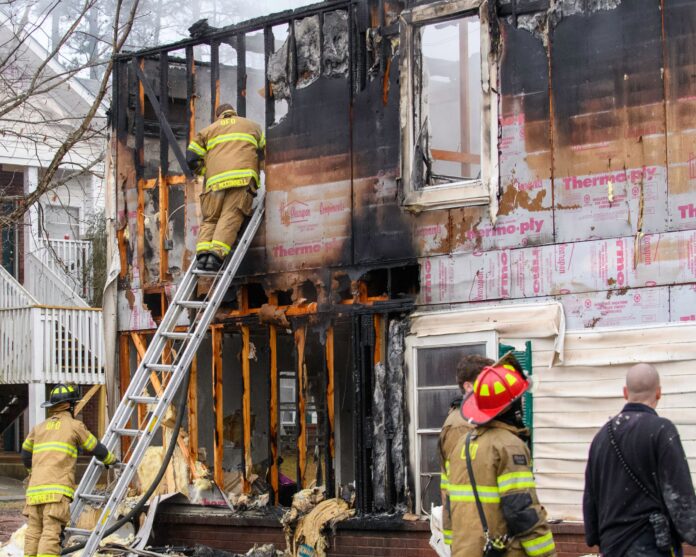 By Robert Noles
with contribution from the OPD

The eight-apartment building was destroyed; the fire totally destroyed the top four apartments, and the bottom four apartments were damaged with smoke, fire and water damage.

Eight families have been displaced by the fire. Apartment manager Amy Roberts said she was getting information on the families and working with the Red Cross on finding temporary housing for them.

Interim Opelika Fire Department Chief Morgan said the fire was under control and the apartments were totaled. Also, he said that none of the displaced individuals nor any firefighters sustained any injuries.

The case remains under investigation by the Opelika Police and Fire Departments. Contact the Detective Division at (334) 705-5220 or the Secret Witness Hotline at (334) 745-8665 with any information.

This is the second fire within the last 12 hours that this Opelika Fire Department shift has fought. Chuck’s BBQ had a fire last night that caused minor damage.