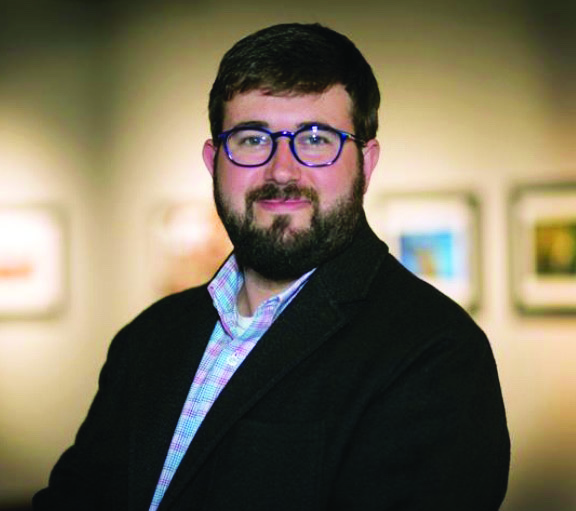 Opelika native Dr. Elliot Knight will become the next executive director of the Alabama State Council on the Arts Jan. 1, 2019.
Previously the organization’s deputy director, Knight replaces longtime executive director Albert Head, who is retiring after more than 30 years of serving in that role.
“It’s an honor and privilege to be able to do this. I’ve been fortunate to have a lot of great teachers and mentors, supportive family members and people who realized how invaluable the arts can be and encouraged me down that path,” Knight said.
A 2003 Opelika High School graduate, Knight went on to the University of Alabama, receiving three degrees and a doctorate in interdisciplinary studies.
Before joining ASCA, Knight served as an instructor at his alma mater and helped co-found the “Black Belt 100 Lenses Program” in an effort to teach high school students about photography and the arts.
Part of the organization since 2012, Knight is involved in several art-related groups. He is a Blackburn Institute Fellow and a board member on the Montgomery Public Art Commission, Montgomery Art Guild and the University of Alabama Community Affairs Board of Advisors.
As ASCA’s executive director, Knight is charged with carrying out the organization’s legacy of promoting positive art cultures throughout the state, provide grant allocations (with funding provided the Alabama Legislature) to art programs statewide and increase public awareness and appreciation.
Major projects at the beginning of his tenure will include additions and amendments to the organization’s five and 10-year plans as well as the planning of programs for Alabama’s upcoming bicentennial celebrations.
Knight said he also credits his rise in rank and overall success to his time spent in the Opelika City Schools system which fostered and instilled in him a desire to pursue his passions.
“Some little bit of encouragement received along the way like I received really can impact someone for the rest of their lives. I hope through our work here at (ASCA), that we can enable artists, teachers and students across the state make those connections, regardless of (career path),” Knight said.
“There is a lot of value to engaging in the arts and we want to continue providing the opportunities for people to do that.”
For more information about ASCA and its list of programs/services offered, visit www.arts.state.al.us. The organization’s headquarters are located at 3721, 201 Monroe St. in Montgomery.