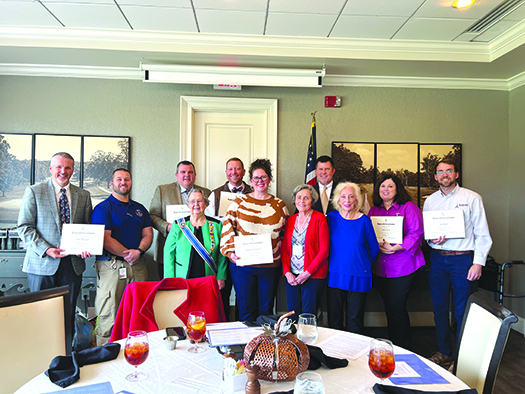 CONTRIBUTED TO THE OBSERVER

The Martha Wayles Jefferson Chapter of the National Society of the American Revolution recently presented its 2022 Excellence in Community Service Awards, recognizing some of the leaders of the East Alabama Health COVID-19 vaccination initiative. The clinic began in February 2021 and lasted through May 2021, ultimately resulting in over 90,000 vaccines being administered in the community. Over 2,000 community volunteers participated. Gov. Kay Ivey visited the clinic in April 2021 to observe how it was effectively organized.

The Excellence in Community Service Award is one of the highest honors presented by a local DAR Chapter and is endorsed by both the state and national DAR.