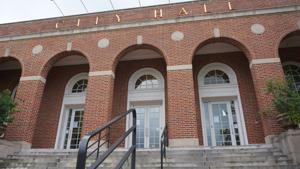 Ward 4 Council-member Brett Smith asked Buston to explain what benefits to the city would receive from the biennial budget for Fiscal Year 2021 and 2022.

One of the items that will come from the Fiscal Year 2021 and 2022 budgets is that Tier II employees will now be Tier I employees so they will receive better retirement, Smith said. This item was passed earlier in the consent agenda by the council.

“The Tier I employee receives a better retirement from RSA than does the Tier II employee,” Buston said. “They are able to get more money in their check when they retire per moth. They are also able to use their unused sick leave. This is really, it doesn’t sound like a big benefit but it is a great benefit, if you are a good steward of sick leave during your time with the city and you accumulated some excess sick leave, you can actually use that sick leave towards retirement time.”

Additionally, the budget allows for a Cost-of-Living Adjustment.

“One of the things that was brought up early on in the COVID pandemic was our employees come to work every day,” the city manager said. “Those that picked up the garbage, those that, as you’ve heard me say before, those that purified the water, those that treated the sewage and they came to work.

“There was never any question. And there was, at one time, it was brought up that we should reward those employees. And I fully agreed, but I would rather, I said at the time, I’d rather give them a COLA if we could afford it. And that is in this budget and we were able to afford it.”

Throughout a budget’s course, things often change. The council adjusted the final total of the budget for the current Fiscal Year ending on Sept. 30.

“The proposed budget document for fiscal 2021 and 2022 includes an adjusted budget for fiscal 2020,” said an e-packet document from City Manager Jim Buston. “As is customary at the end of a biennium, adjustments are made to the second year’s budget to better project ending fund balance. This provides a more accurate projected fund balance to start the new biennium.”