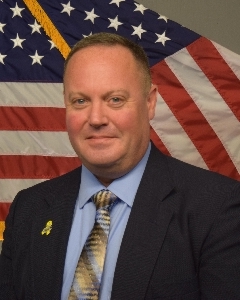 The city of Opelika announced on Friday in a press release that Healey will take over immediately as the city’s new police chief.

“I am humbled and honored to be chosen to lead some of the best men and women in law enforcement,” Healey said. “Together we will continue to provide superior service to the citizens of Opelika.”

McEachern retired on Nov. 30 and Assistant Chief Kasey Brown has served as the interim chief since.

Healey has served as captain of the community relations/special services division and will continue to manage that division until his replacement is named, the release said.

Healey will assume this new role as police chief after 30 years with the Opelika Police Department.

“Healey began his career with the Opelika Police Department in 1991 as a paid informant and communications operator,” the release from the city said. “He became a sworn officer in July 1992 where he worked in the following divisions: patrol, traffic and detectives. Over the years Healey rose in the ranks before getting promoted to Captain in May 2014.”

Healey is involved in the city off the police force too, as a board member for The Curtis House, and he and his wife, Christie Ray Hill, raised their children in Opelika.

“We are excited to improve existing relationships and build new ones with all citizens,” Healey said. “I am passionate about Opelika and deeply committed to making our city the best that it can be.”

Opelika Mayor Gary Fuller said, in the release, that a search was conducted for a candidate that included prospects from both inside and outside the department.

“We are excited about Captain Healey moving into the Chief position,” said Opelika Mayor Gary Fuller. “His love for this community and his forward-thinking approach is going to bring new ideas and ways of policing to our community … We were proud to learn that the most qualified applicants were internal. It makes me proud to know that we have one of the best police departments in the southeast. Shane brings more than 30 years police experience and he is deeply rooted in this community. I look forward to working with Shane and the OPD leadership team.”