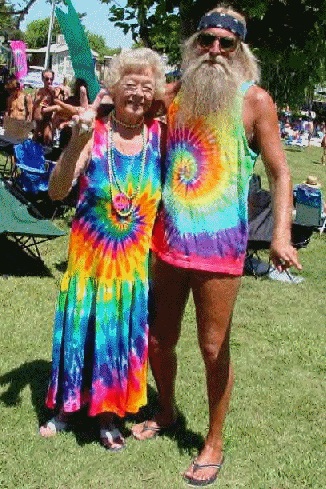 As some of you gentle readers might know, a few years back I wrote a book titled The Rise and Decline of the Redneck Riviera. It is an account of what happened along the coast, from Gulf Shores to Panama City Beach, in the years between the end of World War II and now. In it I chronicle a clash between the arbiters of good tasted and behavior, and those who refused to conform to the rules and regulations of an orderly society.
In other words, respectable folks vs. rednecks.
It has been a good fight.
And now it’s all but over.
But I’m getting ahead of myself.
The story begins in the late 1940s, when war weary folks from the Lower South went to the beach to recover. They stayed in tourist courts and cottages rented cheap. For recreation they’d fish a little, swim a little, drink a little, and generally do things they could not do at home.
They created what came to be condescendingly called “The Redneck Riviera.”
But some of them wanted more, and in 1953, an enterprising Panhandle developer decided to give it to them.
Bent on selling lots to and building houses for a classier clientele, he drew up a restrictive covenant that assured potential buyers that in his community “no trailer, tent, shack, outhouse or temporary structure . . . . no outdoor privy, no noxious activities, offensive noises or odors, nor any nuisance will be permitted . . . .”
No “offensive noises” or “noxious activities?”
What’s a good ol’ boy and good ol’ girl, down from Dothan, Dadeville and Demopolis to do?
How about stay away? Which, of course, was the point. The developer and others like him didn’t want to attract rednecks. They wanted to attract folks who wanted get away from rednecks.
And they succeeded, sorta.
Although these community builders were able to keep out most of the offensive and noxious types, in so doing they opened door for – get ready — “BBRs – Baby Boomer Rednecks.”
These were the sons and daughters of the mostly middle-class southerners who brought their families to the beach after the War.
When they got old enough Dixie’s Baby Boomers did what Baby Boomers throughout the nation did. They rebelled, Southern style.
Instead of psychedelic rock, they boogied to the music of Lynyrd Skynyrd and the Allman Brothers. They cut bell-bottoms off into shorts, did more beer than drugs, and were more inclined to protest college curfews than social injustice. About the only thing they had in common with the national “hippie” movement was their casual attitude toward sex.
These Bubbas and Bubbetts created the real Redneck Riviera.
Yet for all their anti-establishment inclinations, BBRs were middle class to the core.
Which is why they sold out so fast.
Just like Baby Boomers everywhere.
In the early ‘70s, throughout the nation Baby Boomers abandoned the rebellion. Turning to the music of Carol King and James Taylor were sure signs of surrender.
And down on the coast you began to hear – Jimmy Buffett.
Now let me say, up front, I am a big Buffett fan. I can recall attending at least seven concerts – the first so long ago that he played to a crowd that would have hardly filled up the first 10 rows of a concert today. And though some of his songs hint strongly of Redneck Riviera anti-social behavior (“Pascagoula Run” being a classic) as he and his Baby Boomer contemporaries grew older there was as much middle-age angst as mindless hedonism in his music.
Which is why his songs fit the mood of wanna-be pirates who were looking at 40 and wondering what happens next.
Soon, not surprisingly, BBRs were as impressed with Buffett’s string of restaurants, his line of “parrot paraphernalia,” and his best selling books as they were with his music. Where once BBR Buffett fantasies focused on his life as a “hard drinking calypso poet” by the time he and they hit 50 it was the CEO in flip-fops that tickled BBRs’ fancies. Almost simultaneously Buffett and the BBRs cut their hair, shaved their moustaches, had children, met payrolls, and (except for the occasional raunchy song sung together in concert) he and they cleaned up their act.
Which is why BBRs everywhere were as happy as Jimmy was when, finally, after years of working hard, he won an award.
For country music.
An award shared with Alan Jackson for a song that could be sung to Baby Boomers whose “offensive noises” today are muted and whose “noxious activities” are pretty much PG-13.
Just one more bit of evidence that the Redneck Riviera is no more.
Harvey H. (“Hardy”) Jackson is Professor Emeritus of History at Jacksonville State University. He can be reached at hjackson@cableone.net.