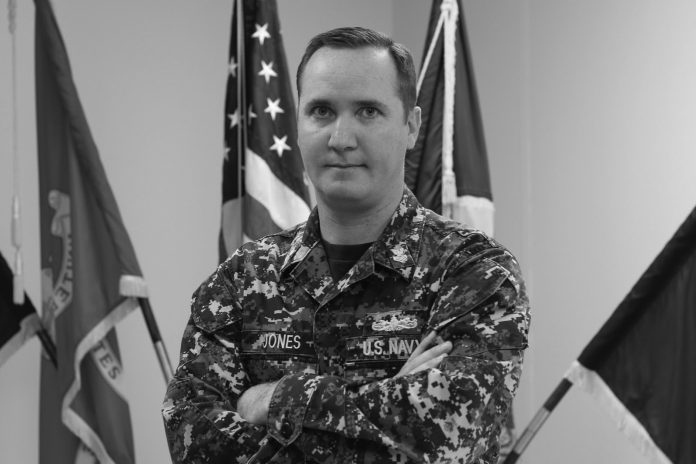 A 2002 Beulah High School graduate and native is serving as part of the Pre-Commissioning Unit for the future Arleigh Burke-class destroyer, USS Thomas Hudner (DDG 116).
Petty Officer 1st Class Nicholas Jones is a fire controlman assigned to DDG 116 in Bath, Maine.
As a fire controlman, Jones is responsible for the maintenance and performance of various weapon systems.
“The best part of my job is working with my shipmates on a daily basis,” Jones said.
The ship is currently undergoing tests and trials in preparation for delivery to the U.S. Navy from shipbuilder Bath Iron Works. Arleigh Burke class destroyers measure nearly 500 feet long and are powered by four gas turbines that allow the ship to sail at a speed of more than 30 miles-per-hour in open seas.
Destroyers are tactical multi-mission surface combatants capable of conducting anti-air, anti-submarine and anti-surface warfare, and ballistic missile defense, as well as humanitarian assistance. Fast, maneuverable, and technically advanced, destroyers provide the required warfighting expertise and operational flexibility to execute a variety of missions.
“Thomas J. Hudner Jr., a naval aviator who retired as a captain, received the Medal of Honor from President Harry S. Truman for displaying uncommon valor during an attack on his element leader, the first African American naval aviator to fly in combat, Ensign Jesse L. Brown,” said Cmdr. Nathan W. Scherry, commanding officer of the Thomas Hudner. “On May 7, 2012, Secretary Mabus announced that DDG 116 will be named in Captain Hudner’s honor. Today, as the Navy’s finest 300 Sailors crew the 66th Arleigh Burke Class Destroyer, they do so with a tremendous amount of honor, pride, and sense of duty. We are extremely honored to be able to carry Captain Hudner’s values and legacy forward so that they are never forgotten. We are proud to be able to carry out our missions in defense of our country’s freedom and values, and humbled to be part of the Hudner family.”
Jones said he has carried lessons learned from his hometown into his military service.
“My family taught me that work and confidence leads to success,” Jones said.
With a crew of more than 300 sailors, each member’s job is important to the smooth operation of the ship. The jobs range from weapon handling to navigation.
Jones said he has military ties with family members who have previously served and is honored to carry on the family tradition.
“My father served as a sergeant in the Marines and this influenced me to join the military,” Jones said.
Jones’ proudest accomplishment was being meritoriously promoted to petty officer first class.
“It was unheard of at that time for a first class doing my job to be promoted through this program,” Jones added.
As a member of one of the U.S. Navy’s newest ships, Jones and other sailors know they are part of a legacy that will last beyond their lifetimes providing the Navy that the nation needs.
“Serving in the Navy is patriotic and a meaningful employment to support my beautiful wife and children,” Jones said.
The construction of the ship is nearly complete. It is scheduled for commissioning in late 2018 in Boston, Massachussetts. For more information about the commissioning, visit www.usshudnerddg116.org.