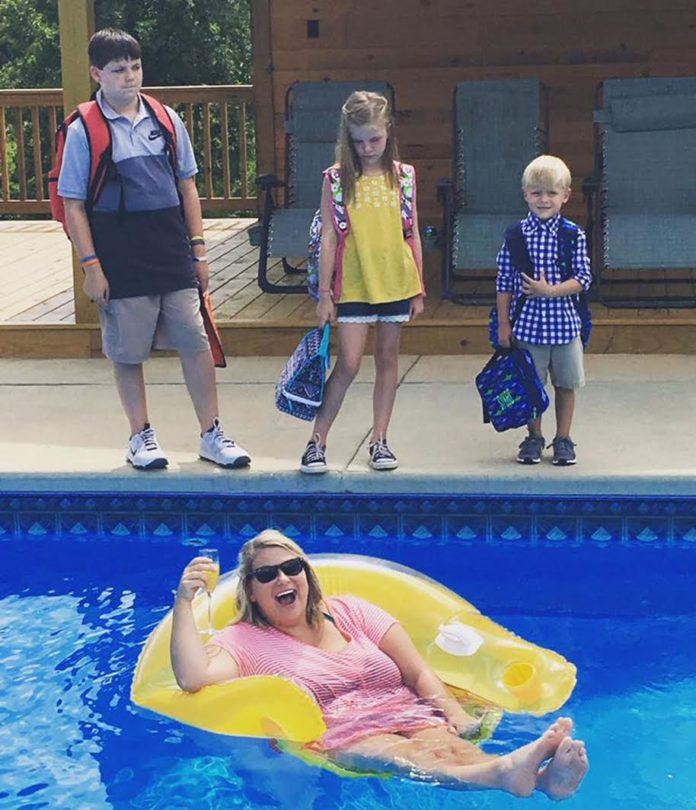 One Beulah mom is receiving quite a bit of attention for her twist on the annual photos.

In a photo that has now gone viral, Jena Willingham, is seen lounging on a pool float with a cold drink in hand, while her children, looking despondent about the end of their summer vacation, stand behind her.

The photo, that has been shared on Facebook alone more than 19,000 times since Monday, has also been featured on ABC, MSNBC, Cosmopolitan and People Magazine.

Willingham said she was surprised to see the photo take off that way it has. “It’s crazy that so many people are interested in me,” the ‘Mimosa Mama’ said.

This year is the first year in more than a decade that Willingham will not have a child at home, and she said she was inspired to take the picture after telling her children her plans to enjoy a pool day. The Willingham children, Wrangler, 11, Emmy, 7 and Sykes, 4 attend Beulah Elementary School.