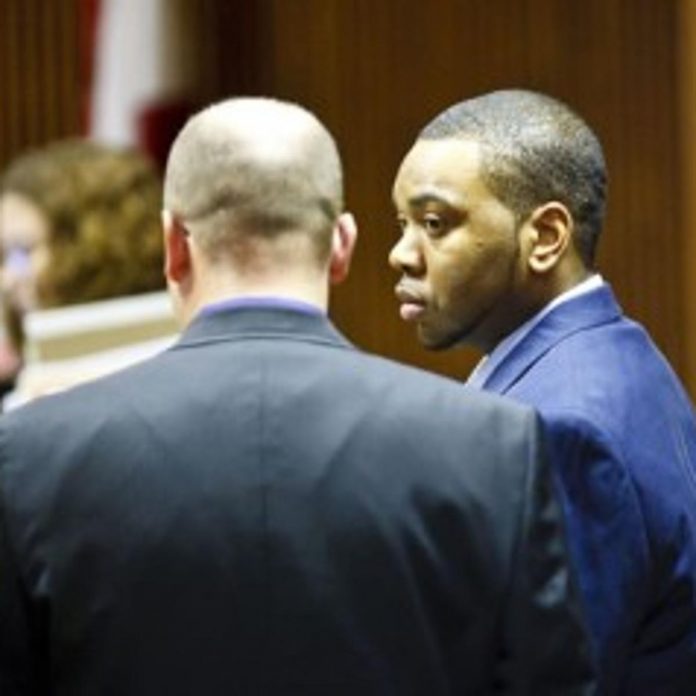 The court’s order described the circumstances of Lockhart’s abduction and murder of Burk and surrounding events before and afterward. On March 4, 2008, Lockhart was waiting in a parking lot at Auburn University when Burk left a campus building around 8 p.m. and walked toward her car. He accosted her, pointed a gun at her and ordered her into her car. He forced her to undress and drove for about 30 minutes. According to Lockhart, she listened to him talk about how bad he felt his life was, and she offered to help him find a job. As he became frustrated, she opened the passenger door and leaped from the moving car. He shot her at close range with the bullet piercing both lungs.  Witnesses described hearing two shots, seeing the nude woman jump from the car and flag down help, and watching the killer flee. Despite attempts by passersby and emergency responders to save her life, Burk died.

Lockhart bought gas with Burk’s debit card, returned her car to the university parking lot where he doused it with gasoline, set it afire, and left in his own vehicle. He drove to Georgia, where he used Burk’s debit card again. He continued his crime spree, robbing one woman at gunpoint on March 5 in a LaGrange nursing home parking lot, and on March 6 robbing a woman who was with her young son at a Sam’s Club parking lot in Columbus. On March 7, in the parking lot of a Walmart in Newnan, he hit a woman in the back of her head, held the gun to her head, shoved her into the floorboard of her car and was backing out of the parking space. When he realized a witness was following, he returned to his own vehicle and fled the scene. Police found his tag number from surveillance video and he was captured after an initial traffic stop ended in a high-speed chase. Officers recovered Burk’s cell phone and iPod from Lockhart, and he made statements to officers when he was arrested. It was discovered that Lockhart also had robbed at least two women at gunpoint, in Smiths Station and Phenix City, Alabama, in the days prior to his murder of Burk.

“Courtney Lockhart viciously and senselessly struck down an innocent young woman. Even as he was terrorizing Lauren Burk, she responded with kindness which was met with brutality,” said Attorney General Marshall. “We later learned that several other women came close to the same fate at his hands in the days before and after he killed Ms. Burk. Her murder shocked and saddened the people of Lee County and of Alabama, and we are determined that this defendant will not escape justice for his horrendous crime.”

The Lee County District Attorney’s Office prosecuted the case, obtained a guilty verdict, and the judge sentenced Lockhart to death. Lockhart filed a post-conviction petition, seeking to have his conviction and sentence reversed.  The Attorney General’s Capital Litigation Division handled the case at a post-conviction evidentiary hearing in Lee County before Judge Jacob Walker, arguing for Judge Walker to deny Lockhart’s request for relief from his conviction and sentence. Judge Walker did so in a decision issued Friday, April 3. Attorney General Marshall commended assistant attorneys general Richard D. Anderson and William Dill for their successful work on this case.