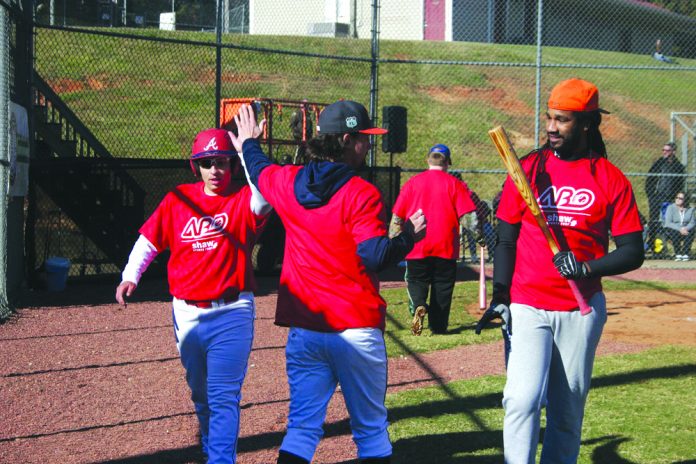 This fall, individuals 15 years old and older with autism or other special needs in the Auburn-Opelika area will have the opportunity to play in an organized baseball league through the Alternative Baseball Organization, a nonprofit based in Dallas, Georgia.
The organization was founded by 23-year-old Taylor Duncan in 2016. Diagnosed with Autism Spectrum Disorder when he was 4 years old, Duncan said his positive experiences playing baseball while he was growing up helped him see the sport as a vehicle for other people with special needs.
“My mother, my teachers and mentors provided me with positive memories throughout the years. I wanted to provide people like myself or with other disabilities an opportunity to have that possibility as well … have fun and learn social skills,” Duncan said.
Former MLB pitcher and Auburn University baseball star Evan Crawford will serve as the coordinator for the Alternative Baseball’s Auburn-Opelika league. There are other local leagues in Columbus, Phenix City and Newnan. Games will be played on some of the older baseball fields at Duck Samford Park in Auburn.
Those interested in participating in the league can sign up via www.alternativebaseball.org. Duncan said they are in the early stages of promotion and will finalize a starting point for the league once enough individuals have joined. The season will consist of weekly 90-minute practices and a not-yet-completed slate of games, which will be played by classic MLB rules, most notably including infield shifts and four-pitch walks.
On Sept. 14 at 2 p.m., the league’s third annual “Ole Time Classic” between Team Alternative Baseball and Classic Baseball Stars will take place at the Mt. Paran North Church of God Baseball Park in Marietta, Georgia. The classic will pit the league’s best players against former MLB or semi-professional players, which has included former Chicago Cubs second baseman Bobby Scales and current Atlanta Braves manager Brian Snitker.
All league players who participate in 70% more of their league’s practices and games will have the opportunity to participate in the league’s All-Star Game held later in the fall.
Crawford will be in charge of scheduling, which will feature matchup against regional teams and possibly others across the Southeast. In the last three years, Duncan said the organization has seen rapid growth outside of his region, with other leagues currently being assembled in Arizona, Illinois and Washington, thanks in large part to community sport and media organizations like ESPN promoting his cause.
“The growth of this has been crazy. I feel like I have a calling to provide a new opportunity for others like myself on the autism spectrum or with other special needs, and this is (my way) of answering that call,” Duncan said.
Duncan added that he is currently seeking equipment or monetary donations for the Auburn-Opelika league as well as corporate sponsorship. Those interested in contributing can contact him by calling or texting 770-313-1762 or sending email to taylor@alternativebaseball.org.
Follow the organization’s social media platforms for more updates.