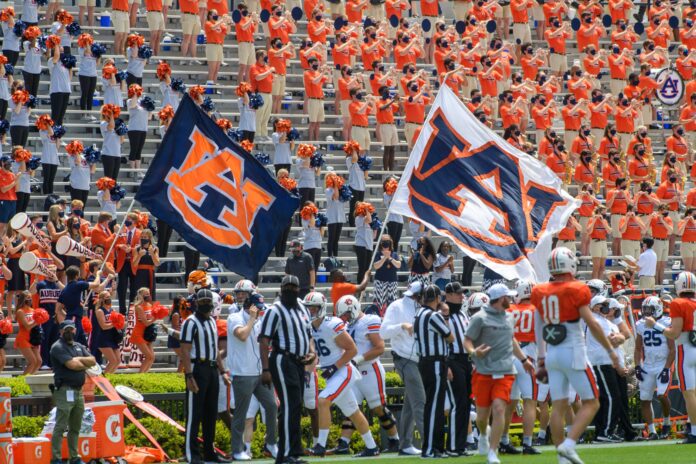 Photos by Robert Noles / for the Opelika Observer

The pundits would say there’s little to learn about a football team in 32 minutes of pseudo-competition in April.

Partially, they are right. But when the Tigers lined up to play the Tigers in what was Bryan Harsin’s first game in Jordan-Hare Stadium on Saturday, more than a few performances gave a look in to how Auburn will shape up in the fall.

Of course, much can change from now until then. But here is what stood out as encouraging or discouraging from Auburn’s A-Day, and what lingering question remain as the Tigers charge toward the season.

Traditionally, the A-Day football game signals the close of spring football practice for Auburn. However, due to missing a practice earlier in the spring because of COVID-19, the Tigers will wrap practice on Monday. Harsin seems to have made the Auburn Family buy in. Will his players? Will that even be enough for a “successful” season? Auburn will begin to find out in their first game of the season on Sept. 4 at home against the Akron Zips.