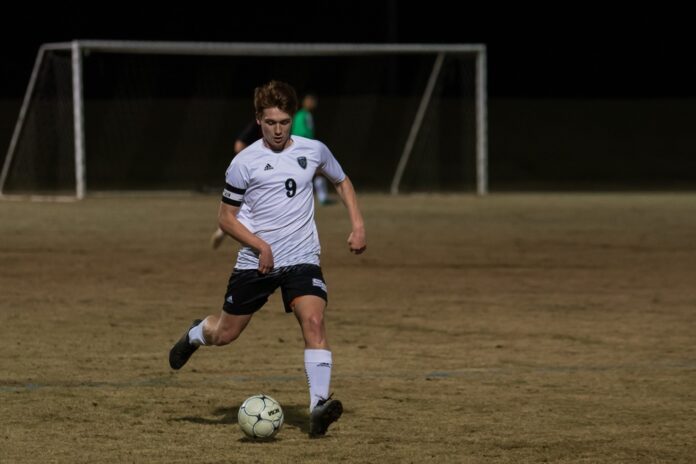 Smiths Station Varsity Boys Soccer played four hard fought matches over the week and came away with a victory, two ties and a loss.

“It was a good team win,” head coach Jeff Carrero said of the win. “Defense and keeper made adjustments and had an outstanding second half.”

The Panthers picked up their first win of the week with a 4-1 victory over Brookstone. The four goals matched the Panthers’ previous season total and may have been the offensive breakthrough Carrero has been looking for.

“I felt we let opportunities get away in the first half,” Carrero said. “[I] challenged the team to score three goals in the second half. They increased their work rate, controlled the game and delivered.”

The Panthers opened the week on the road, travelling to Dothan and Opelika where they came away with two ties.

“They were ours to lose and ours to win and we didn’t do either,” Carrero said.

While the box score showed the first two games as even, Carrero thought his team was the better team in both games but they were unable to finish clinically on offense and earn the wins.

The Panthers did however complete a thrilling comeback against Dothan, scoring two goals in the final 20 minutes to force the tie. But Carrero thinks his team could have done better.

“It was a game we felt like we should have won, and we didn’t,” Carrero said of the tie. “I felt like we had a lot more opportunities.”

When they played later in the week against Opelika, it was a similar story. Carrero estimated they had about 20 good looks to just a handful for Opelika, but neither team was able to get a goal and break the nil-nil tie.

“We’re passing the ball around and we are controlling the game, but our finishing has not evolved like it should,” Carrero said. “Up top when we get around the 18, we are just not taking advantage of our opportunities or the goalkeeper just makes a fantastic save.”

The Panthers played their fourth game in seven days Monday against Northside and suffered their second loss of the season 4-1.

The came out “flat with no energy” and gave up an early goal and Northside who seized the momentum and used their team speed to take a 3-0 lead at half.

While they haven’t seen the results they would like, just nine goals in six matches, Carrero believes his offense is close to breaking through and his players need to keep believing in themselves and eventually the shots will start to hit the back of the net.

“I’m happy with our shots, they are just not going in,” Carrero said. “Sometimes, it’s like, ‘Golly, what do we have to do to get it in there?’ Cause when we do have a good shot the keepers make a good save and we have them diving all over the place, so it’s a credit to their schools to train their keepers real well.”

While the Panthers have been struggling to score goals, they have excelled in every other phase, allowing just nine goals in six matches and controlling the ball despite the lack of goals.

“My midfielders, Lukas Ruof and Ayden Green, are doing a phenomenal job up in the middle,” Carrero said. “My defense has been solid; Latham Girona and everybody has been doing a great job back there.”

It has been a complete team effort on defense as a thin roster has forced several midfielders to play defense for the Panthers, and there has not been a drop off.

“I’ve had to sub some midfielders back there when a defender gets hurt and they’ve done an excellent job,” Carrero said.

Carrero does not have a set goalkeeper but that is not because of poor play. It’s just the opposite actually, with both Jacob Quinones and Xander Paschal doing a “great” job whenever they are in goal.

“To me it’s a flip of a coin [between the two],” Carrero said. “It’s two different styles of goalkeeping and the styles work for each of them. I’m just blessed to have two keeps who can probably start for any team. Both do exceptionally well, have no fear and have good hands.”

Quinones, who has the smaller reach of the two, is more aggressive when coming out of the goal and tries to make the play develop for him. Meanwhile, Pashal prefers to play a little farther back and wait for the play to develop before he reacts.

The Panthers will look to end their slump against Central-Phenix City on Thursday in their first region game of the season.

“I think once we break through with some goals it will be fine. It will bring our confidence even further up,” Carrero said.