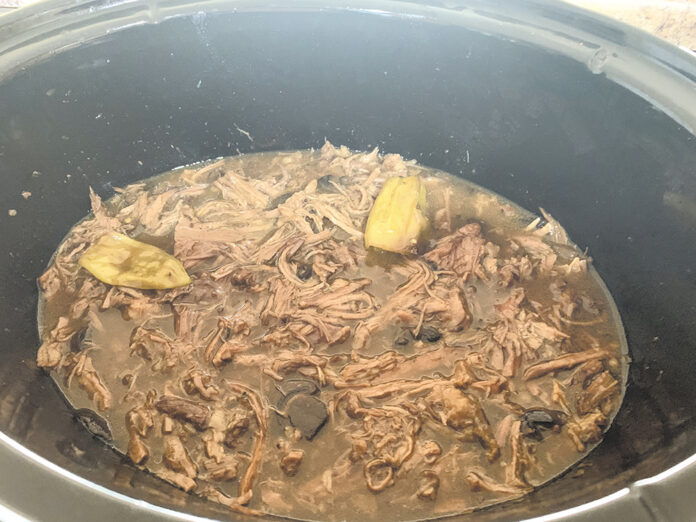 When Auburn and Georgia play on Saturday in the “Deep South’s oldest rivalry,” plenty of good food will be needed for tailgating, and sliders offer delicious, easy-to-eat choices. The “game between the hedges” goes back to the first intercollegiate football game in the Deep South between Auburn and Georgia on Feb. 20, 1892, at Piedmont Park in Atlanta with Auburn winning 10-0, according to Wikipedia.

While there is no record of tailgating at that game, there are many theories about the history of tailgating. Some claim the first tailgating began in the intercollegiate football game between Rutgers and Princeton in 1869 as spectators ate pork and corn from chuckwagons or grilled sausages at the “tail end” of a horse.

However it started, tailgating is popular on the Plains before Auburn Tigers football games. Tailgating looks different now than it did years ago when everyone dressed up to attend games. The men wore suits, while ladies wore their Sunday best, often with a hat.

Fran McCurry Plott recently posted a photo that ran in the newspaper years ago of her parents tailgating in the 1950s at an Auburn game with other Opelika couples. The couples were dressed up, and several were sitting on a blanket enjoying a beverage and snack.

One of the most interesting stories of tailgate fare was when Debra and Alex Whatley would take a whole pig for tailgating when Auburn played Arkansas at home. Debra said she remembers one year a student put the pig’s head on a stick and took it to Toomer’s Corner.

While there are many popular dishes to serve for tailgating, sliders offer a hearty, easy-to-eat snack. Slider buns can be found at grocery stores or you can use yeast, Hawaiian or dinner rolls. Just don’t overfill them or they could be messy. For really small rolls, you may need to place a long toothpick in the center to secure the filling and bun.

Two of the following slider recipes are made with chuck roast, with one cooked in a crock-pot and the other in the oven. Cherry Bruce’s sliders are made with an easy to combine horseradish sauce, while Lynn Hammond’s Mississippi roast sliders recipe calls for spreading the rolls with whipped cream cheese and pepper jelly. Be sure to use a good quality pepper jelly, such as Hornsby’s or Rose and Ivy’s southern pepper jelly. Both of these sliders are delicious.

The ham or turkey sliders with poppy seed mustard spread have been popular at our house for many years. They can be assembled the day ahead, wrapped in foil and refrigerated. The next day, simply place in the oven until hot throughout and the cheese has melted.

If you are making sliders for a crowd, check out Linda Letlow’s ham and cheese sliders. You can bake a ham the day before and assemble the sliders. They are really cheesy with a slice of cheddar on the bottom and Swiss cheese on top of the ham. These will go fast.

Whether you are tailgating at the stadium or at home, the sliders will be a big hit. If you are interested in knowing more of the history of Auburn football, read the book about the father of football on the Plains, Auburn Man: The Life and Times of George Petrie by Mike Jernigan of Auburn. Petrie was responsible for bringing football to Auburn, was the first coach and also wrote The Auburn Creed.

This is super quick and easy to prepare, and everyone loves them!

For the melted butter topping:

To make the sliders:

Split slider buns in half, place one half in the bottom of a 9 x 13-inch baking dish. Brush a little bit of the melted butter mixture on rolls.

Top with slices of cheddar cheese on the bottom layer, then layer with the ham slices, and then top with the Swiss cheese.

Place the other half of rolls on top and brush with remaining butter mixture.

Cover with foil and bake in preheated oven for about 12 to 15 minutes, or until cheese is melted. Slice into individual sliders and serve with a sprinkle of grated Parmesan, if desired.

Line your broiler pan with one sheet of foil. Spread the second sheet out and spray with Pam or another cooking spray then place the room temperature roast in the middle. Sprinkle all sides of the roast with salt and then Cavender’s. Wrap the roast like a gift, folding one side over, then the next, until you have a nice little package.

Bake at 350 degrees for approx. one hour. Reduce heat to 300 degrees and finish baking for another 30 minutes or until tender to the touch. Remove from oven and allow to rest. Slice into small planks.

Pour the au jus from the pan into a saucepan and add one can of French onion soup and one can of water. Bring this to a boil and reduce to a simmer. Allow to reduce by half or until thickened. Serve in individual ramekins for dipping.

Mix well. Smear over rolls and add roast beef to make your sandwich or slider.

In a small saucepan, bring vinegar and brown sugar to a boil. Cook, stirring occasionally, until mixture is reduced by half, about 3 minutes.

Roast pork for 5 minutes. Brush with half of the vinegar reduction. Cook 5 minutes more and coat with remaining vinegar mixture. Roast 10 minutes longer or until internal temperature reaches 155. Remove from pan. Let rest 10 minutes before slicing.

Place pork with a little sauce in rolls. Can spread rolls with Dijon mustard and add a slice of red onion, if desired.

Filet of Beef and Arugula Sliders with Dijon-Horseradish Sauce

Served at the Heritage House a few years ago.

Butter, unsalted and at room temperature

Dijon mustard (the grainier the better)

Pat filet dry and coat in a mixture of butter and Dijon mustard (give it a nice healthy coating). Sprinkle with salt and cracked pepper. Roast on a sheet pan in the oven at 500 degrees for 25 to 30 minutes. (Test for desired doneness.) Remove filet from oven, cover with foil, and allow it to rest for 15 minutes.

Mix the sauce and make up another batch of the Dijon-room temperature butter mixture.

Take two pieces of crusty bread: on one side, slather with sauce. Use plenty! On the other piece of bread, spread more of the butter-Dijon mixture.

Add arugula and thinly sliced filet, put it all together, and serve.

1/2 jar pepperoncini or to taste

Slice roast and place in rolls with cream cheese and pepper jelly.

Mix ingredients thoroughly. Pat out to make 10 to 12 small burgers. Grill until done. Top with cheese of choice as well as usual condiments. Serve on Pepperidge Farms Slider buns.

These are a long time family favorite. Make them ahead, wrap in foil and store in refrigerator until ready to bake.

Dijon mustard, use about half the jar or to taste

To prepare spread, mix butter, Dijon mustard and poppy seeds. Slice rolls and spread with mustard mixture and fill with shaved ham or turkey and a small slice of Swiss cheese.

These can be made ahead, refrigerated or frozen. If frozen, thaw before heating and allow extra time for cold rolls. Make the rolls the day before and refrigerate until ready to heat.

Note: I slice slider rolls in half before baking when wanting smaller rolls.

Combine meatballs and marinara sauce. If meatballs are large, slice in half to be easier to eat.

Slice buns and place a slice of cheese on bottom half. Place meatball with sauce on top of cheese, being careful not to use too much sauce. Place bun top on meatball.

Place sliders on baking pan; cover. Bake at 350 for about 15 minutes or until heat thoroughly.

In a slow cooker, add chicken breasts and top with 1/2 cup wing sauce and onions. Cover and cook on low for 6 to 7 hours or high for 4 to 5 hours.

Place about 1/4 to 1/3 cup of chicken on each bun. Garnish with additional wing sauce and ranch dressing if desired. Enjoy!

Take a sharpened carving knife on a large cutting board and thinly slice pork on an angled bias less than a ¼-inch thick. One pork tenderloin or pork loin strip should yield 30 or more slices. Set pork aside and flip the cutting board over.

On the bottom portion, layer sliced pork over entire connected 12 roll half. Drizzle Horseradish and Barbecue sauces separately over pork layer (I use a squeeze bottle or a qt. Ziploc bag with a corner cut). Layer Wickles Pickle chips over the pork and sauce layers. Place top portion of the roll pack over pickle layer to yield one large pork sandwich.

Take the long serrated bread knife and slice down the vertical and horizontal lines on top of the roll pack to yield 12 pork sliders. For appetizers, further slice the three columns of rolls in half to yield 24 large bite servings. Cover sliders with plastic wrap to keep the bread soft until serving.

Place pork in a large sealable plastic freezer bag. Combine marinade ingredients, mix well, and pour over pork. Let pork rest in the refrigerator for at least one hour or overnight.

Heat grill to high and place pork at an angle to get nice sear marks. Use marinade and ladle over pork as it sears. When all sides are seared, raise pork to a higher rack or reduce heat to medium. Continue ladling marinade over pork as it cooks until all marinade is used. Depending on the cut/size of pork, grill for 25 to 30 minutes until internal temperature on a meat thermometer registers 165 F.

During last 5 to 10 minutes, ladle barbecue sauce over pork and be careful as the bourbon will flame. It is best to use a ladle/big spoon with a long handle.

When internal temperature of pork reaches 165 F, remove from grill and allow to rest. Cut pork on an angled bias, about a ¼-inch thick.

Make ahead of time and pour the sauce on right before baking.

Heat 2 Tbsp. butter in medium pan. Thinly slice the onion; sauté in the butter for about 5 minutes, or until clear and cooked.

Leaving the (24) rolls attached, horizontally slice the top off; set aside. Place the bottom (attached 24 pieces) rolls in a 9 x 13-inch foil-lined baking pan. (You may need to squeeze them into the pan or remove a row if you choose.)

Spread the pesto evenly over the bottom bread.

Next layer on top of the pesto the turkey, sautéed onions, and cheese slices.

Place the top section of the rolls that you already removed back on top of the sandwich.

In a medium saucepan bring the 1/2 cup butter to a soft boil. Add mustard, Worcestershire, poppy seeds, and brown sugar.

Pour sauce over the 9 x 13 sandwiches.