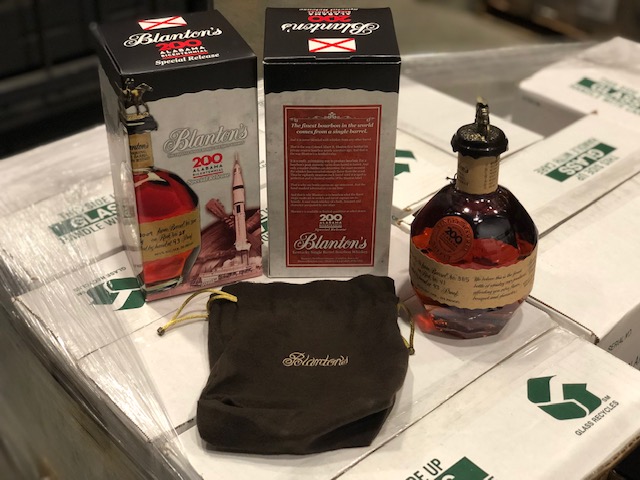 In celebration of the state of Alabama’s bicentennial, Buffalo Trace Distillery and the Alabama ABC have partnered on a special commemorative release of Blanton’s Single Barrel Bourbon. This special release will be available in a custom gift box depicting the state flag and historic imagery from Alabama’s 200-year history.

Introduced in 1984 as the world’s first single barrel bourbon, Blanton’s is aged in Warehouse H at Buffalo Trace Distillery where Colonel Albert B. Blanton used to handpick “honey barrels” when entertaining important guests. The unique sphere-shaped bottles are capped with characteristic horse and jockey bottle stoppers, each marked with a single letter that spells Blanton’s when aligned. When placed in order, the stoppers depict the different stages of Kentucky’s most famous horse race, the Derby, from beginning to end.

Two single barrels of Blanton’s were hand selected for this limited release. The commemorative bicentennial bottles will be available in 750ml and will be sold in the following 10 participating Alabama ABC stores, including Auburn’s ABC store, on Thursday.