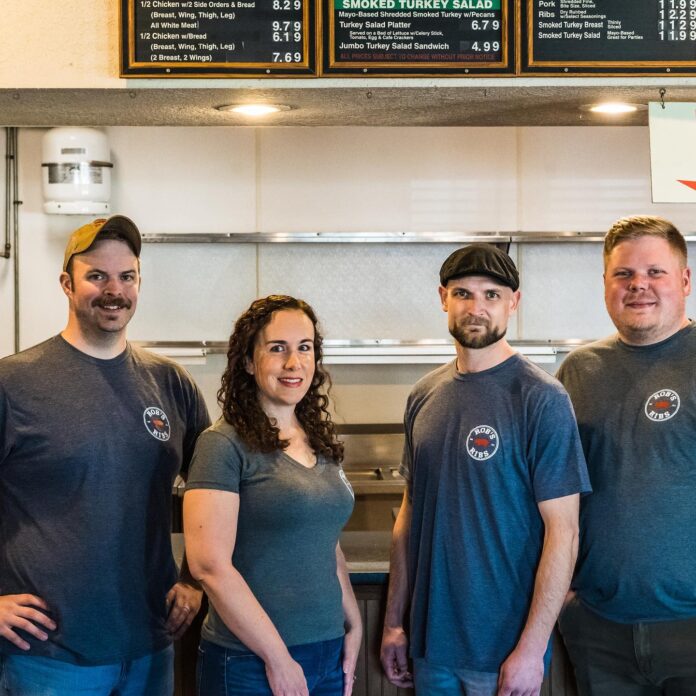 Mark Coxwell and the eponymous Rob Goodwin are bringing Butcher Paper BBQ’s unique taste to Auburn. Rob’s Ribs, which will be located in what was Mike and Ed’s Bar-B-Q at 307 N. College St., will have expanded hours and an expanded menu.

The menu will have all of the same Butcher Paper favorites like brisket and macaroni and cheese, but with a bigger kitchen than in Opelika, Rob’s Ribs will offer spare ribs, baby back ribs, beef ribs and potentially whole-hog barbecues on the weekends.

Breakfast will be made from scratch, with eggs made to order. New additions to the lunch menu include fried pickles, barbecue nachos and a pimento cheese sandwich. There will be vegan entre options like a smoked portobello mushroom sandwich and jackfruit subbing in for pulled pork on a sandwich.

“We’ll have something for everyone here,” Coxwell said. “We’re excited to be able to offer everything we can to Auburn. We’re very happy to be able to create a space that is uniquely Auburn, that is made for Auburn by Auburn people.”

Goodwin said, “Auburn is a big part of my life, and it’ll be nice to give back to the community in a way that I’ve always wanted to do, but now we have the opportunity to do it.”

Coxwell said that Rob’s Ribs will fill Auburn’s need for more breakfast options and its never-satisfied desire for barbecue. He added that it will be obvious from the atmosphere of the restaurant that it is not a chain.

One of the ways that the new restaurant will be suited for the college town is that it will have later hours, serve alcohol and have snacks (pork rinds, chips and queso and boiled peanuts) available even after the kitchen closes for the night.

Coxwell is aiming to open Rob’s Ribs by mid-April, but that is not set in stone. Go to Butcher Paper BBQ’s Facebook page to stay up to date on the new restaurant.