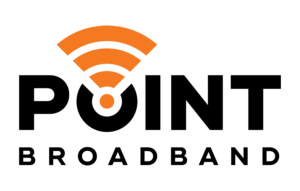 Point Broadband of Alabama, LLC has decided to relocate its headquarters to Opelika. The city council voted to approve an agreement with the company following a public hearing. The move is expected to create an additional 25 jobs in Opelika, and the city will provide financial incentives to the company which may cash incentives, performance incentives, tax abatements and tax exemptions.

Chief General Council for Point Broadband, Chad Wachter said that the company discussed the significance of the acquisition of the OPS One in November 2018. “It was a really early significant milestone when we reached the agreement with Opelika to purchase OPS system,” Wachter said. He was complimentary of the support that Point has received from the city over the past few years. “Frankly, the city of Opelika does a tremendous job of supporting us and we try to support them.” When asked about why the decision was made to relocated to Opelika, Wachter said, “A lot of our people are here, and it is a centralized location for us. We have a great relationship with the city, and it just made a lot of sense.”

EAMC Vice-President of Support Operations Bruce Zartman, Operations Manager Christine Hill and Mayor Gary Fuller recognized Opelika Library Director Rosanna McGinnis and President of the Opelika Chamber of Commerce, Ali Rauch, for their partnership with the Community Vaccine Clinic. The vaccine clinic ended up administering approximately 91,000 vaccines in the four and half months that the clinic was in operation. “We could not have done this without the support of the city of Opelika, and certainly the support of Rosanna,” Zartman said. “I don’t know what the final count was for volunteers, but she [Rosanna] partnered with Joe David with Auburn United Methodist Church and at the last count, they had 1,900 volunteers.”

Rauch expressed her gratitude to the city of Opelika that made it possible for the Chamber of Commerce to provide meals “I am very proud to be up here on behalf of the Chamber to accept this. We did the logistics of making sure food got delivered, but if it wasn’t for the financial support from the city of Opelika, we wouldn’t have been able to.”

“She [Ali] marshalled together the best cooks in Opelika and brought us wonderful food and kept us well-fed,” Zartman said. “This is truly a community that is unmatched. Everytime East Alabama needs something, the community steps up. This was absolutely no exception to that, and I am grateful from the bottom of my heart,” he added.

During the meeting Mayor Gary Fuller recognized the Opelika Parks & Recreation Track Team that participants in the Alabama State Games in Enterprise and the  qualifiers for the State Games of America 2022 which will be held in Iowa. Four team members were recognized by the mayor:

– The council held a public hearing and the first reading on the rezoning and master plan amendments for 3.91 acres of land located on the Robert Trent Jones Trail.