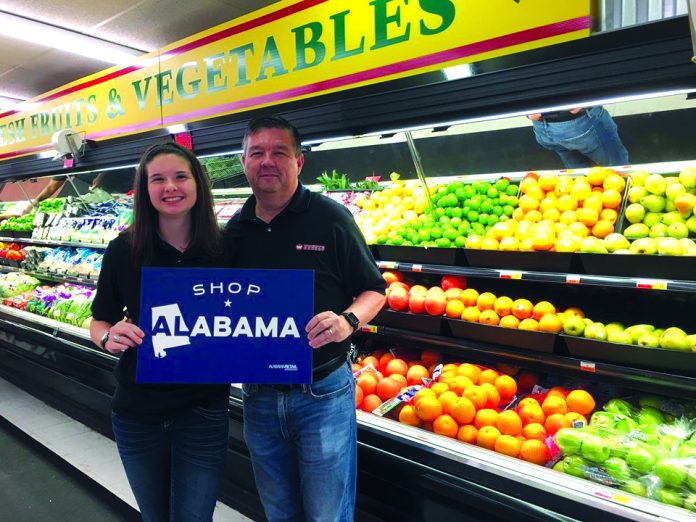 Jimmy Wright, president of Wright’s Market in Opelika, has been named a 2019 Alabama Retailer of the Year. He will be honored in October at the Alabama Retail Day awards ceremony in Birmingham.
Opelika Chamber of Commerce President Pam Powers-Smith nominated Wright and his business for the award because of its place in the community.
“The chamber was eager to nominate Wright’s Market, a long-time chamber member, for an Alabama Retailer award. With everything that Jimmy has done for the community as well as running a forward-thinking, well-run business, he’s bound to be a winner,” Powers-Smith said in a statement. “And he’ll always be a winner to all of us in Opelika.”
Wright is among this year’s 14 Alabama Retailer of the Year winners. He has won either the gold, silver or bronze award in his annual sales category. The exact level of his award will not be revealed until Retail Day. This year’s winners came from a pool of more than 70 nominees.
“(Winning this award) is not due to anything I have done, but the people I have the blessing of working with. We usually have between 30-32 employees,” Wright said. “I have two with over 30 years service that were here before I purchased the store, four over 20 years and six over 10 years. Dedicated long term employees that love serving our customers are the reason for our success. This award is for them.”
The Alabama Retail Association began the Retailer of the Year awards in 1999 to honor retailers who have demonstrated growth, innovation and a commitment to their respective communities. The honorees were selected by an independent judging panel, consisting of representatives from chambers of commerce, media, retail developers, academia and past winners. The public chose one of the winners through a poll on the Alabama Retail Association’s Facebook page.
Other Retailers of Year have locations in Anniston, Birmingham, Dora, Dothan, Gardendale, Hueytown, Enterprise, Eufaula, Fairfield, Fairhope, Fultondale, Montgomery, Millbrook, Mountain Brook, Northport, Oxford, Ozark, Pine Level, Prattville, Selma, Troy, Tuscaloosa Vestavia Hills and Wetumpka. Throughout the month of August, the Alabama Retail Association is traveling the state visiting the winners to gather information and images to help promote the award winners and the Alabama Retail Day celebration. The association visited Wright on Aug. 2.
“The Alabama Retail Association is proud to recognize the outstanding contributions of these businesses,” said Alabama Retail President Rick Brown. “They exemplify the enormous impact retailers have on their respective communities and the entire state of Alabama.”
The Alabama Retail Association represents retailers, the largest private employer in the state of Alabama, before the Alabama Legislature and the U.S. Congress. Through sales of food, clothing, furniture, medicine and more, their 4,200 independent merchant and national company members touch almost every aspect of daily living.
For more information about Wright’s, call 334-749-1333, like and follow the grocery store’s Facebook page or visit www.wrightsmarkets.com. The business is located at 603 Pleasant Drive.