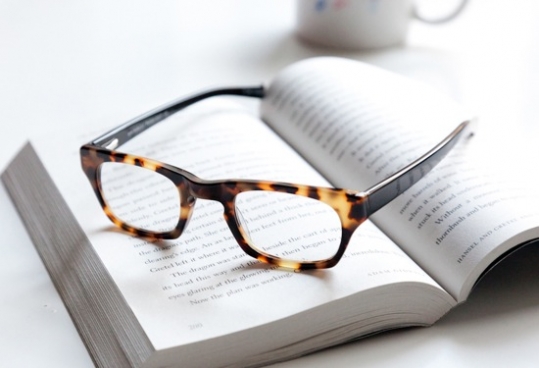 I enjoy reading but haven’t read much in recent years. I used to read all the John Grisham books as soon as they came out each year, not to mention books on sports stars and U.S. and military history. I always enjoyed reading the paper, too. Lately, the bulk of my reading involves a daily devotion, restaurant menus, and the proofreading of these articles. That’s about it.
But, I do read “letters from kids” as part of my show. These are actual letters that I received from children while I was deployed overseas. They are usually the grand finale to my set. I love them, because they are so funny and so real, and because they are always a hit with the crowd.
A few weeks ago, someone came up to me after a show and commented on how I held the letters out as my eyes tried to focus and adjust to see words I’ve been reading for years. They said it looked as if I needed glasses. “Nonsense,” I said.
Then, I began to wonder. Oftentimes, I have difficulty reading very small letters, such as those found on labels and instructions. Sometimes, I’ll even take a picture of what I’m trying to read and then blow it up, which works just fine. “Adapt and overcome,” I always say.
I wore glasses for a while when I was a kid, but I didn’t really need them. I had trouble reading the eye chart, but it had nothing to do with my vision. It had everything to do with my stutter. I reckon I just had an impatient eye doctor.
I had a pair of fake glasses in the 12th grade. They didn’t have any medicine in them, as some of the kids said. Much like parachute pants from a few years before, they were simply for fashion, which I think was the last time I ever tried being fashionable. The eighties were awful, with respect to fashion.
Now my dad, he wore glasses. Of course, he was blind, and that’s a totally different story.
Anyway, there I was…the other night at Sam’s Club, when what to my wondering eyes should appear, but a rack, a rack of reading glasses. I’d seen them before but had never even thought about trying on a pair, but I had a wild hair dangling from my brow and said why not. I tried on a pair and was instantly blown away at the clarity in which I read the sign in front of me. It basically read, “You big dummy! What took so long?” It was that clear.
I was clueless as to what the numbers meant and didn’t care. I just started trying them all on. I felt like a kid at Disney World. I would’ve walked out of there with a pack of 3.00s but didn’t feel I needed a pack of five, so I waited.
The next day, I called a friend who works at an eye clinic. He explained the significance of the numbers and advised, based on my age, I start at a strength of 1.25, so I did just that. I went to another store and bought a pair. My friend was spot on. It’s the best $9.99 I’ve ever spent. I love these glasses and love being able to see when I read or play Wheel of Fortune or Yahtzee! on my phone. The numbers are so clear and the colors are so vibrant.
I have a comprehensive eye exam next month at the VA. I’m very excited about it. As far as I know, the rest of my vision is good to go, but it might not be. We shall see, pun intended.
If you’re having trouble reading this, then I encourage you to pick up a set of reading glasses. Better yet, go see an eye doctor. It could change your life!
Jody Fuller is from Opelika. He is a comic, speaker, writer and soldier with three tours of duty in Iraq. He is also a lifetime stutterer. He can be reached at jody@jodyfuller.com. For more information, please visit www.jodyfuller.com