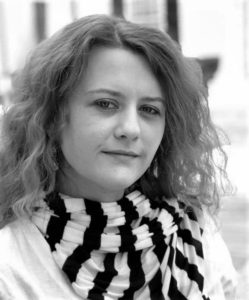 There wasn’t a frost. I questioned if my usual jacket and scarf was necessary as I stepped outside, and made my way to the car under a sky swept in hues of spring time. On days like this I wonder, perhaps the groundhog was right. Just the other day, I read an article listing things that might be planted during winter’s last days. Admittedly, I procrastinate a little, knowing we will have a blackberry winter. We always do, however late. Nonetheless, I gaze back towards the raised beds, and consider planting lettuces as I drive away.
Arriving to the studio early, I settled in for morning writing in a cozy corner at my desk near the back of the gallery. The distant rumble and rhythm reverberates through the studio, down the corridor as I hear the Rolling Stone’s 1964 record, “I say hey, Mona…” I type in the record title, and research a bit. I replay it and listen closely. I identify nuances and musical signatures passed on by various artists since. Returning to my writing, I press on penning down thoughts that came to me in the early hours. A few moments later,
I hear the airy melody of Rocket Man, followed by our home state’s unofficial anthem, Sweet Home Alabama. Cultural history, and socially relevant prose pour o’er the radio airwaves, laced with rhythmic electricity. There is more to be learned through the practice of listening.
In the far-off distance there is a different rumble. Within seconds the dinging of the railroad signal announces an approaching train from the west. The whistle roars as the train moves nearer. The red flashing lights stop traffic. Children rush to the windows, and stop along the sidewalk to watch it.
Conversations pause until it has passed us. There is something to be learned and observed even by the train’s interruption.
After the initial buzz of studio work, penned ideas, the early rush of passing cars, trains and school children, the atmosphere warmed by the sun becomes calm enough for a quieted form of meditation. In the silent moments, I strive to still my thoughts. Through this practice I observe that I have learned to listen amid life’s rhythm.