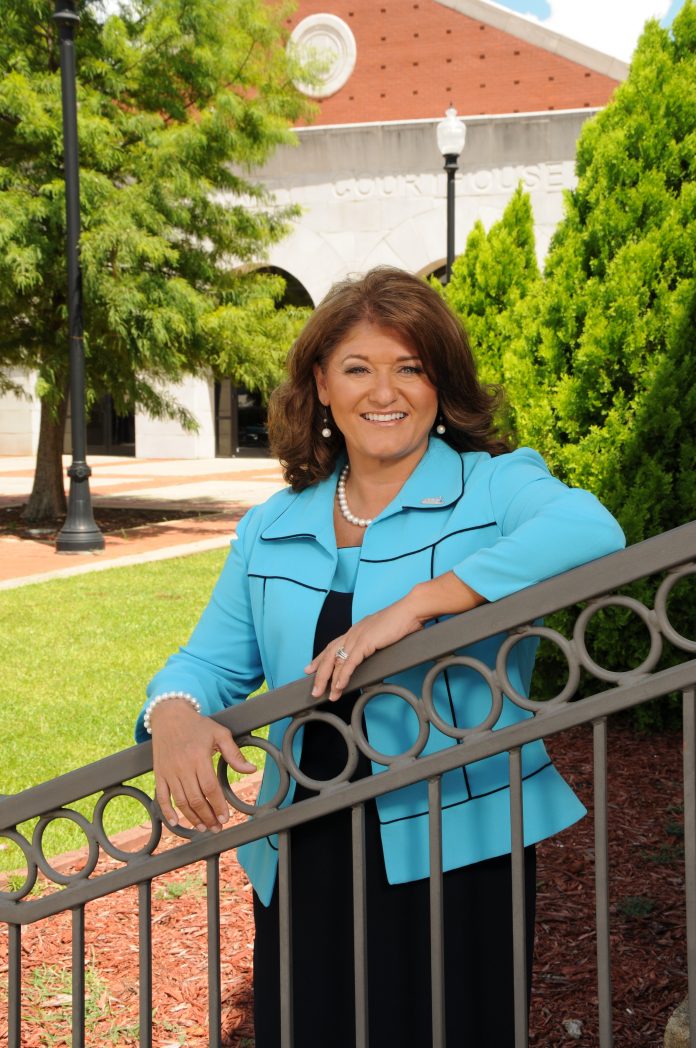 Chambers County Commissioner and local small business owner Debbie Wood recently announced her candidacy for Alabama House of Representatives, District 38.
District 38 covers parts of Chambers and Lee County. The seat is open following former Representative Isaac Whorton’s announcement to run for circuit judge. Wood said she believes her local ties will be invaluable to running for the position.
“I graduated as Salutatorian from Beulah High School in 1984 and have lived in Chambers County since 1992. I have deep roots in both counties, and I am thrilled to have this opportunity to serve,” Wood said.
Wood has small business experience, owning and operating her own real estate agency since 2000.
In 2002, Wood remembers being surprised by a couple of calls she received on her real estate radio show asking her a political question.
“I cannot remember what the question was, but I know that day changed the direction of my life,” Wood said.
After answering those questions, Wood said she decided on her commute home that she wanted to run for a spot on the county commission. Later, Wood said she became the first female to be elected by her peers to serve as commission chair. In 2013, Wood was elected as president of the Association of County Commissions for the State of Alabama, the second female in the history of the organization to hold that position. She currently serves on the National Association of Counties (NACO) in Washington, D.C.
“County government has been a part of my life for over 15 years and I am equipped to move on to a leadership role in Montgomery,” Wood said.
Because her commission term expires in November, Wood said she would give up her seat to run for state representative.
“I do not want our communities to lose their voice, so I have qualified to run. My pledge to the citizens is as follows: wise decisions, open minded, outspoken but respectful (and) dedicated,” Wood said.
If elected, she said her focus would be on improving the overall infrastructure and economy of her region.