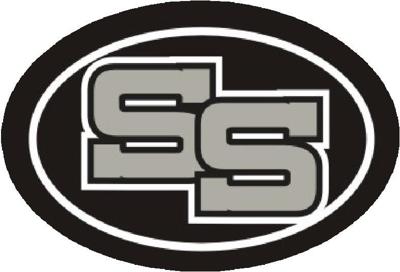 Minutes after a monstrous wedge-like tornado ravaged his beloved hometown and the city he leads, Smiths Station Mayor Bubba Copeland spent the afternoon and evening of March 3 checking on constituents who were affected by the storm.
Nothing could have prepared him for the devastation he was about to witness.
Though its power diminished as it crossed through the Southern portion of Lee County, the once EF-4 classified tornado responsible for killing 23 individuals in the Beauregard community packed a significant punch in Smiths Station, maintaining winds of nearly 100 miles per hour and decimating the homes of an estimated 70 families.
“I was in a state of shock and disbelief as I saw what had unfolded here. It’s truly a miracle that no one lost their lives,” Copeland said. “I panicked the first few hours after because I wasn’t sure what to do next.”
City council members and officials, including planning and zoning director Lisa Deason, came to Copeland’s aid, helping jumpstart the citywide cleanup and recovery process. Multiple emergency response organizations began pouring into the city in the hours and days after the storm passed, with the Alabama Forestry Commission taking the lead.
More than 5,000 volunteers flowed into the city that week to assist those in need, an experience that Copeland described as humbling.
“We had people of all backgrounds come and help, something that didn’t hit truly me until that following Saturday morning, when a group of Muslim volunteers were in the midst of their morning prayers behind City Hall. One came up to me afterwards and said, ‘we are here for you to help and do what we can to assist you in this time of need,’” Copeland said. “There are really no words to offer for them and others who gave so much of their time and resources to help us. It’s been nothing short of incredible.”
Last Tuesday’s city council meeting was full of raw emotion as AFC representatives provided updates on the recovery.
“This is my 19th year with the commission, and I’ve been tasked to areas that have been affected by hurricanes and other natural disasters, and I can honestly say I’ve never worked worked with a group of people like ya’ll have here in my entire life. I have never come into a place and been treated like this,” said AFC public information officer Joel Bartlett.
Council Place 4 member Richard Cooley brushed aside tears as he described his interaction with the group.
“Sadly, the people of this community will not fully understand what you and your organization have done,” Cooley said. “I’ve been on this council for a good chunk of my life, and these people are family. We appreciate you coming here and joining our family, which you will forever be a part of.”
Recovery efforts are still ongoing across the city and hardest hit areas along Lee roads 294, 295 and 318. Mobile intake centers have closed, but resource centers at the Buckeye Acres Shopping Center and Mount Olive Baptist Church have opened, staffed with officials from several emergency response organizations to assist residents in need. Supplies are still being distributed to citizens from City Hall and a nearby warehouse.
“My thoughts and prayers are also with the Beauregard community which has endured so much as a result of this storm. Together, we will rebuild and recover, because of the great, amazing people who live here in Lee County,” Copeland said.
For more information or updates, call 334-297-8771, like and follow the city’s Facebook page or visit www.smithsstational.gov.