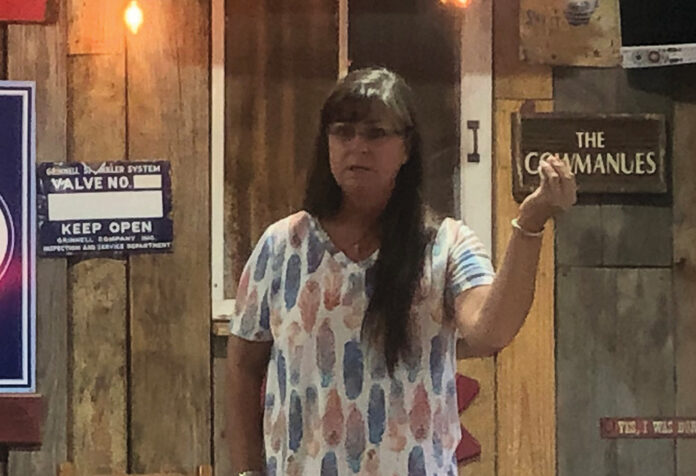 The city of Beulah approached the cities of Auburn and Opelika Tuesday night to ask for help and support against an impending quarry.

Creekwood Resources, LLC, has proposed a quarry for Beulah, though they have not yet applied for permits from the Alabama Department of Environmental Management.

The quarry would be located on the northeast side of Lee County on Lee Road 177 and Highway 29.

Creekwood also tried to install a quarry in Opelika but due to the large amount of backlash, the company withdrew its permit in February.

Tara Brumfield spoke on the city of Auburn’s Zoom council meeting and asked if the council would formally oppose the quarry.

Brumfield said that this new proposed quarry is only six miles from the one the Auburn council previously proposed.

“[With the proposed quarry], new interest to the area may be decreased,” she said. “If the quarry is established, that would mean two quarries located in this county, which would also be a deterrence for newcomers to this area.”

The Auburn Council took no action.

Danielle Ritch spoke to the Opelika City Council and asked them for the same thing—formal opposition to the quarry.

“We had heard rumors of a quarry back in spring and as of a little over a month ago, we had some confirmation that they were doing some test drilling in our area,” Ritch said.

Ritch expressed concern about the air and water quality degradation that could come from the quarry. Additionally, the community is concerned about the traffic, she said.

“The main route to the Beulah community, the Beulah schools is Highway 29, that’s how all the emergency service vehicles [travel],” she said. “. . . We’ve been told that there may be 60 plus dump trucks pulling out on Highway 29 so that’s a concern for our area.”

The Opelika Council took no action.

Brumfield and Ritch held a meeting last week to talk to the citizens of Beulah, give them an update and encourage them to keep fighting.

Two Lee County Commissioners, Robert Ham and Richard LaGrand, were in attendance. The commission has already formally opposed the quarry.

The best thing that citizens can do to fight the quarry is to continue writing letters, Brumfield stressed during this meeting.

However, commissioners, representatives, et al., do not know that the people care because they aren’t hearing from residents, she said.

Residents can use a provided pre-written letter, but Commissioners LaGrand and Ham encouraged residents to write their own.

For more information, visit the Facebook page (https://www.facebook.com/pro­tectbeulah) or send an email (protect­beulahstop­thequarry@gmail.com).