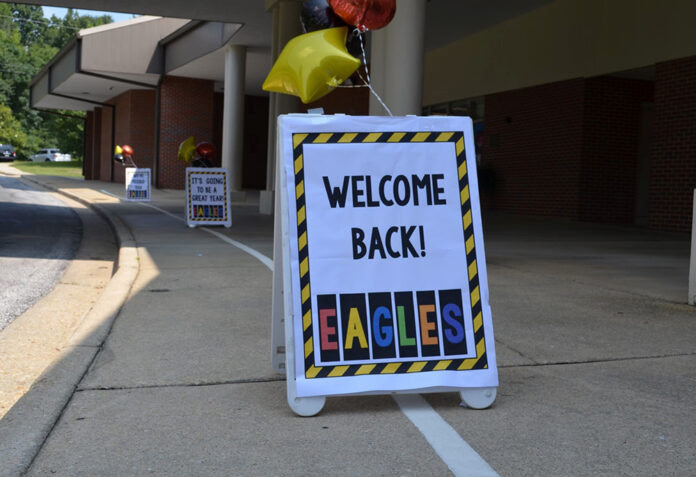 The city council discussed traffic problems that have arisen following the first week of school in Auburn last week.

“There have been a number of emails to forth to the city council and to myself recently regarding school traffic in Richland Road area,” said Auburn Mayor Ron Anders.

Richland Elementary and Creekside Elementary are both located on that road, which has increased traffic in the mornings.

“A few circumstances changed this week,” said City Manager Megan Crouch. “The university went back into session and that just means more faculty and staff commuting to work in the morning. Richland Elementary has a larger student enrollment than it’s had in the past that changes some patterns and things and last year we had COVID.

“So, we had a large percentage of students, or 30% or so, that started the year with some sort of virtual learning and they ended the year at about 15% virtual learning. So, that changes some aspects of things that are happening with traffic patterns.”

Currently, he said, there are 24 assigned public safety personnel working at schools or school crossings in the mornings, nine of which direct traffic. Six also watch to make sure that cars do not speed through school zones or pass buses.

“We’re still trying to work to ensure that any other traffic concerns are being addressed,” Anderson said. “So what we’re doing in the Richland Road area right now is every morning we’re out and we’re having people walk the corridors. Chief Stuart walked it this morning along the sidewalk trying to see what the issues were.

“We also have officers that are going down and they’re recording what they’re seeing so that we can come back and we can replay it and revisit it while we’re sitting here and see if we can revise a better plan.”

One of the problems is that all the cars are where they need to be — the schools, he said.

Anderson said he believes the congestion will die down within a couple of weeks.

“We’re going to continue to monitor it to see what additional things can be done,” he said.

Part of that will entail having additional personnel out directing traffic. Anderson also encouraged parents who can put their children on buses.

Crouch said that the city is looking at the problem from other areas as well, with drones or potentially a consultant.

An additional problem is parents who arrive in adjacent neighborhoods earlier than necessary to wait, Crouch said. This contributes to the backed-up traffic.

“I think some people want to say ‘well, why is it different this year and why weren’t you ready for it?’” she said. “We were ready for it. We were monitoring. Things were a little bit calm the first week, they’ve gotten worse this week. Seems to happen every year.”

The city of Auburn declared Juneteenth a city holiday during its Tuesday night meeting.

Juneteenth is already a federal and state holiday, as of June 17, 2021.

“I’m just proud to see that we’re taking this step as a city and honoring the history of Juneteenth,” said Ward 4 Council Member Beth Witten. “… I’m proud of us.”