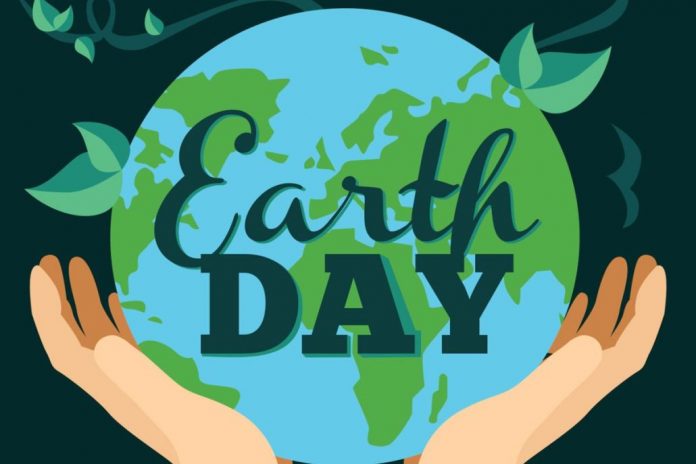 The 48th “Earth Day” will occur April 22 – a day designed for people to cherish and recognize the importance of protecting the world which they inhabit.
Sen. Gaylord Nelson (D-Wis.) is attributed as the founder/creator of the holiday, which is now deemed by many historians as the birth of the modern environmental movement.
Nelson’s inspiration to create Earth Day started after witnessing a significant oil spill in 1969 that affected Santa Barbara, California.
In the midst of a tumultuous period in American history, the results of student anti-war protests in response to the ongoing Vietnam War and a growing public knowledge about air and water pollution served as the perfect catalysts to spur Nelson’s idea.
To make it a bipartisan effort, Nelson reached across the political aisle to tag Republican Rep. Pete McCloskey (R-Calif.) as his Earth Day co-chair. Denis Hayes, a Harvard University professor, was Nelson’s choice to coordinate and promote the event nationally.
April 22 was officially designated by Nelson as “Earth Day” because it fell between spring break and final exams for college students, who were expected to be major contributors to the movement.
According to media estimates, nearly 20 million Americans participated in coast-to-coast gatherings that day to peacefully protest and petition for changes to environmental policy and prevention of human-caused catastrophes like oil spills, dumping of raw sewage, toxic dumps and more.
Nelson said he believed conservation is the key to saving the very fabrics that hold the world together.
“The wealth of the nation is its air, water, soil, forests, minerals, rivers, lakes, oceans, scenic beauty, wildlife habitats and biodiversity… that’s all there is. That’s the whole economy,” Nelson said. “That’s where all the economic activity and jobs come from. These biological systems are the sustaining wealth of the world.”
Initiatives by Nelson and other similarly minded environmental activists led the U.S. government to adopt laws that embraced conservation, like the Clear Air and Water acts of 1970 and 1972, respectively.
According to EarthDay.org, the event went global in 1990, “mobilizing 200 million people in 141 countries and lifting environmental issues onto the world stage.”
On Earth Day 2016, then-U.S. President Barack Obama, along with leaders from 120 other countries, signed the Paris Agreement, a document aimed at combating the effects of global climate change and temperature increases.
The causes and movements of Earth Day have changed slightly since its inception, but the cause still remains near and dear to people worldwide, as estimates indicate that more than 1 billion people participated in last year’s holiday.
Locally, Auburn University students will have a chance to participate in a weeklong celebration of Earth Day, culminating in an “Earth Day Celebration” April 25 from 11 a.m. – 1 p.m. on the Cater Hill Lawn on campus.
For more information, visit www.earthday.org.