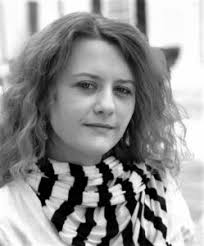 It was a cold night in the mountains. Like many nights, I turned the car and headed south along the Tuskaseegee River. The last of evening light paled in shades of soft blue. The air was thin and balmy, and laced with chimney smoke from nearby cabins. Near the river basin in Soco Gap, I looked up and saw what appeared to be another wildfire. I was driving, and so I asked Michele to call it in to the Park Service Patrol. The call was recorded and then transferred to the appropriate response office. It was a very dry year. During the autumn season, I watched carefully for news postings for road closures and hazardous conditions before making my usual northward treks each weekend.
On a weekend following, I drove from Sylva along the Blue Ridge Parkway, passed Water Rock Knob and back down along the rim of the Soco Gap overlook. There I saw remnants of the fire, which I spotted from the valley below. From Morganton, to Lake Lure and then on to the Great Smoky Mountain National Park, my heart ached for my mountains each time images were posted. Online, I watched blue ridges enraged in fire, smoke, then left in ash and dust.
Earlier that summer I pondered how I might best render a painting that I had envisioned. I’d spent much of the year planning new paintings, and among them, I felt particularly compelled towards a scene addressing modern communications and the current narrative of civility. Later as the mountains burned,
I felt unnerved. The painting I’d envisioned back in July was a scene of two figures, seated distanced apart amid a wildfire ravaged wasteland. “Do I paint it or set the thought upon a shelf,” I questioned. I feared the subject too close to home, and then speculated, “would it appear insensitive?” Even still, I felt my convictions towards nature conservation and the desire for restoration of civility commanded me to paint it.
Time passed, I worked, pondered and meditated. It was an election year filled with anticipation and dread. I observed, there was plenty to entertain some and provide others with distraction.
On Nov. 23, I grew alarmed as I read of the fires that continued to grow on the Tennessee side of the GSMNP. It was then that I learned of the Chimney Tops Fire (one of the most popular trails in the park.)
Thanksgiving week, I retired one evening. After concluding that there was nothing worth watching on television. Instead, I retrieved my phone and succumbed to aimlessly scrolling through my newsfeed.
Having heard little mention of the fires on mainstream news, I searched keywords on twitter #GSMNPFire, #TNWildfires, etc…
I could feel the fire against my face. With hands griping the glowing screen, I watched with horror videos live stream. The first video I saw was taken inside the ParkVista atrium. I heard the panic and watched the flames burn nearer the tower’s window panes. On many occasion, I’ve stayed there. I always requested a room facing Mt. LeConte. The hotel atop the hill provided ideal locale for convenient access to Roaring Forks Motor Nature Trail, and historic sites like Ogle place and more…
I feared for the people of Gatlinburg and listened intensely as reports infiltrated social media. I checked the major cable news channels and found little addressing the imminent crisis. I felt helpless, and enraged. I wanted to scream. I wanted to cry. I questioned, “why aren’t any major news sources reporting on this, as it is happening?” How could a significant source of southeastern regional tourism and part of our country’s most visited national park, in addition to homes, livelihoods be burning uncontrollably with seemingly so little attention or concern? I thought of the people with limited routes for escape. I questioned, “what would I do, if I were in their situation?” I thought of the thousands of businesses, the mom and pop family owned establishments that I’ve visited. I thought of the homes of year ‘round residence, and the cabins that have fostered the making of holiday memories.

WileyOakly drive, I read was impassable. Then later I heard reports that everything was gone. I watched the video of a man, and another who drove down the Chalet Village road while trees fell all around the car, and fires poured down the mountain like lava. I prayed that this wouldn’t be his final post, and also prayed that major media would awaken and share real-time news of this living hell. In came reports of #RoaringForks. I thought of Ely’s Mill and the cabin perched Above it All where we watched the fireworks fill the clouds, one 4 th of July. I prayed and wondered. The Haunted Mansion, the downtown Ski-Lift were gone, along with parts of Arrowmont.

Through the night, through my glowing screen I kept watch. Michele turned to me and said, “Sarah, this is your painting…it’s time that you get to work.” I returned to sketches, previously begun.
In the days that followed, I found comfort in Dolly Parton’s telethon and Robin Mead’s dedication to the story’s coverage. I returned to the area as soon as I could with desire to support the businesses, and park service. And then I visited Ogle Place on Roaring Forks on New Year’s Day. Along the edge of the GSMNP demolition equipment could be heard. Over a month had passed since the horrific night when 14 lives were lost. On the first day of the new year, it was evident that the people of this little Tennessee town are Mountain Strong, a title which has united and empowered the fire-torn spirits of residents one and all.
The fire rushed down the mountain side, and overtook parts of the spur. It swarmed around the upper ridges and closed in on the town below. At the Ogle cabin, I took a walk and read the trail warning posts.
I photographed remnants and observed the path bathed by fire that kissed the toes of history, but nearer didn’t touch. I stand astonished each time I return. Like patterns waves cast upon a shoreline, fire also leaves as much. Hues like sulphur, copper and gold cling to soil, bark and mosses where ferns and fungi grew. The laurel turned to umbre. I’ve rarely seen it that color. The sight of fire-burned laurel rivals words. The mist was lavender o’er ridges of blue. At Ogle Place the painting called “Wonderland” began beneath a sun which looked more like the moon.
Two figures sit distanced and we question, “what should we do?”
By Sarah West – she is the founder of the Sarah West Gallery of Fine Art, a center for cultural arts in Smiths Station. This is a previously written column from 2017.