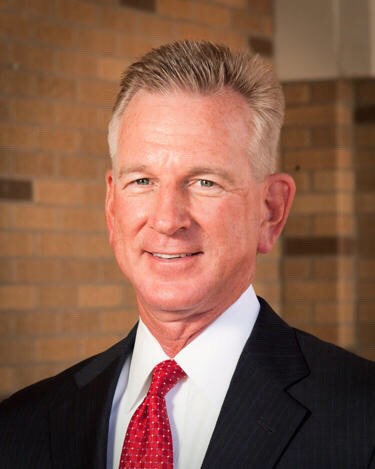 Tuberville won the Republican nomination for this race in July, defeating Jeff Sessions with a campaign built around support from President Donald Trump.

In a 2019 interview with the Observer, Tuberville said, “One of the main if not the most important issue brought up to me by people on the campaign trail is education. It’s something I’ve done for 40 years, and I’m very concerned by what I’m seeing. The secret to freedom is education. If people receive a true education, they learn civics and learn what this country is about—how and why we started and how we got to this point.”

He also mentioned the following main points of his campaign:

Tuberville’s career took off at the University of Miami, where he served as a graduate assistant and later as defensive coordinator, coaching some of the greatest athletes in college football history like Dwayne “The Rock” Johnson, Ray Lewis and Warren Sapp. After a season in Texas A&M, he left to become the head coach of Ole Miss’s program.

After three successful seasons and being named the AP’s SEC Coach of the Year in 1997, Tuberville accepted the coaching position at Auburn University, arguably his most notable stint in his coaching career. During his 10 seasons as the head of the Tigers, he compiled an 85-40 overall record, including coaching the 2004 team to a 13-0 record and a 16-13 Sugar Bowl victory over Virginia Tech.

Texas Tech and Cincinnati were Tuberville’s next coaching stops before he departed the college football world. Overall, he finished with 159-99 record in his career and 7-6 mark in bowl games.

Tuberville and his wife, Suzanne, have been married since 1991, have two children named Tucker and Troy, and are active members of the Church of Christ.