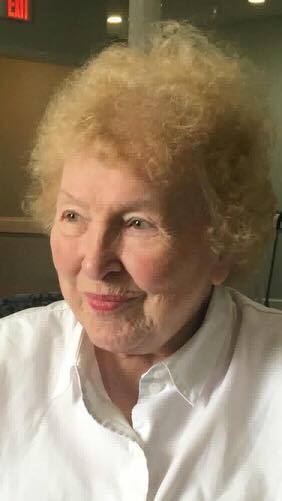 The Auburn-based publishing company Cotton Professional Press is set to release the third installment of “The Cotton Chronicles Series” next month.
Authored by Auburn University graduate and Hartford, Alabama native Betty McMurtry, the series takes place in her hometown and is set during the Great Depression. The previous two installments, “A Planting Season” and “A Growing Season”, follow protagonist Olivia Turner.
According to a description on Cotton Press’s website, “(Olivia) was a pretty, smart, kind, God-fearing and hard working (young woman). She was the girl every family hoped their daughters would grow to be. That is until she made one mistake which would divide a small town and forever change the course of two families.”
Prior to becoming an author, Betty worked for a number of years for the USDA before becoming an offical sports agent with the NFL at 62 years old in the early 90s. She officially retired in 2015.
Three years ago, at the age of 82, Betty said her writing career began with a strange Christmas present request from her son Ford.
“… (he) asked me to write ten pages of what I would write if were interested in doing so. He said it would be his Christmas present,” Betty said. “Little did I know he submitted it to a writers retreat for a chance to work with The Walt Longmire Mysteries Author Craig Johnson … and I was one of five novelists chosen to work with him for a week on my manuscript.”
Those experiences gave her confidence in the book-writing world. Along with help from her son Ford in co-writing the book, Betty said she is able “write in a certain stream of consciousness” to tell her stories in an “unencumbered manner” while he focuses on the overall story arc and “helping characters move in the same direction.”
With two installments already published and a third on the way, Betty said she has already written four additional manuscripts for the series, which she said will span the year of 1925 through 1996. She anticipates that will be 10 to 12 volumes in length once completed.
“I’ll keep writing as long as readers keep demanding the next book. We have a solid core of loyal readers and they would love two volumes a year,” Betty said. “Ford is working toward that goal.”
Beyond taking readers into an era that many never lived or experienced, Betty said she wants her books to help readers overcome obstables present in their lives.
“There’s a common theme throughout the books: where there is a will, there is a way. I started writing at age 82 and it was a new adventure for me,” Betty said. “There are many people who have a story to tell but they either don’t know where to start or they are afraid. I hope people will face their fears and overcome their challenges. I hope every reader finds a story they can relate to and better understand the challenges their grandparents overcame.”
For more information or updates on the book’s release date, visit www.cottonprofessionalpress.net. Copies of the previous installments can be purchased through the publishing company’s website, Amazon or J&M Bookstore in downtown Auburn.

Learn about the joy of discovering the game of baseball through “Luke Learns Baseball: A Luke Winkler Adventure,” a recently published book co-authored by Auburn eight-year-old Luke Winkler and his uncle Ford McMurtry of the local publishing company Cotton Professional Press.
In its 38 pages are photos of Winkler learning the sport’s fundamentals and written description of them.
“I really enjoy writing and sharing stories with my friends. It was my first year of baseball and there was so much we all had to learn,” Winkler said on the inspiration behind the writing of his first book.
Headed into second grade this fall, Winkler said the greatest challenge he faced was learning and finding new vocabulary words to describe his baseball adventures.
“…there were a lot of new words I had to learn. Also, I wanted to write something a kid like me would like,” Winkler said. “One problem is my hand cramps when I write a lot. (Book writing) is a slow process.”
When asked about future writing plans, Winkler said he plans to have his next book published this fall which is titled “Luke and the Lost Planet,” a story about a boy like himself who helps an alien find his way home.
For more information, visit www.cottonprofessionalpress.net. Copies can be purchased via the publishing company’s website or Amazon.