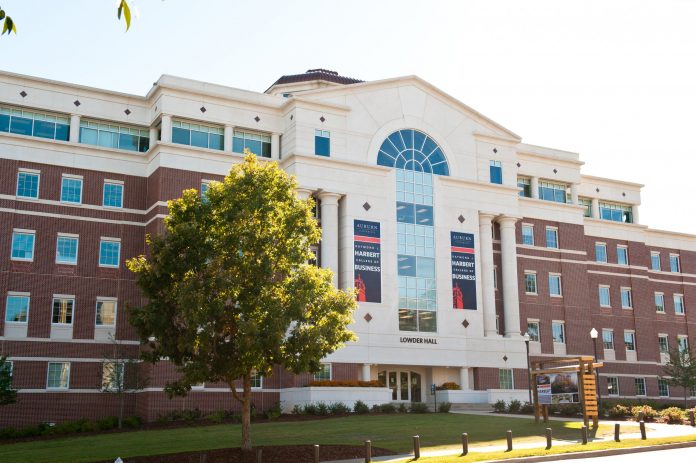 BY EMERY LAY
FOR THE OPELIKA OBSERVER

On July 13, at 8:30 a.m., EagleCast hosted an hour-long webinar addressing unconscious bias in the workplace. The webinar was free of charge and open to anyone currently employed.

This particular webinar was part of a monthly series offered by Auburn University’s Office of Professional and Continuing Education. The series highlights experts from various sectors, including, but not limited to, education, business, public service, industry and finance. The goal of each webinar is to bring forward important information and skills that are “essential for navigating today’s ever-changing world,” as the website states.

On Tuesday, EagleCast brought on Dr. Courtney Teague, Ed.D., a certified Executive Coach and Change Management Practitioner. Teague presented the webinar as an opportunity for participants to engage in the tougher conversations surrounding workplace bias. She wanted her listeners to examine their place of employment, as well as themselves, for any inherent bias. Teague then provided them with strategies to foster equity in their everyday lives.

During the Webinar, Teague utilized wooclap, an online website where participants could submit anonymous answers to questions presented by the host: Teague. The first question posed was “Have you ever attended prior unconscious bias training, workshops or professional learning?” Results were 50/50.

Other questions were presented for thought and response, all centered around the question: “What is a word you usually hear to describe … ?” The blank was filled with the words same-sex couples, Blacks, senior citizens, Asians, Vegana, the wealthy and the differently-abled. Answers were available for viewing, though still anonymous.

“Often when we hear these things it influences our … unconscious bias,” Teague said.

Teague’s purpose with this exercise was to get viewers to think about their own implicit or unconscious biases. Teague argued that we are not born with bias, but the information and dialogue we ingest births bias overtime. She also wanted to clearly draw a line between bias and racism; She said these two are not the same, though bias can feed into racism.

Then, Teague presented an educational video to her audience, following the life of a young, black male. She had viewers record their feelings and responses in wooclap once again.

Teague encouraged people to look at their top five people that they called on their phones — their inner circle. She said diversifying an inner circle is a great place to begin.

“You can’t prevent anything if you don’t take responsibility for it,” Teague said. With this, she went on to explain how acknowledging color, sexual orientation, pronouns, and such, is actually a healthier way to create a more inclusive environment.

Finally, Teague noted that being is more important than doing. She said she often asks those in her life, “How are you being?” Oftentimes, people are so busy with doing that they neglect to simply be — kind, compassionate, understanding or a good listener.

Teague has served as an administrator for McKinsey & Co. and the director of coaching for Verizon Innovative Learning Schools. In addition, she remains a certified executive transition coach and change management practitioner (ADKAR). In every aspect of her work, Teague seeks to educate her peers on diversity, equity and inclusion as she consults politicians, small business owners and many others.

Currently, Teague lives in Atlanta with her dog, GoHan. To learn more about Teague and her mission, visit www.CourtneyLTeague.com.