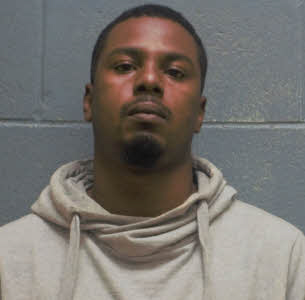 On Nov. 30, 2020, the Lee County Sheriff’s Office received a 911 call in reference to shots being fired in the area of Lee Road 721 in Opelika. As Lee County deputies and investigators were responding to the scene, Lee County Sheriff’s Dispatch notified units that there was an individual who had been shot and was in a vehicle headed northbound on Alabama Hwy 51 toward Opelika. Deputies contacted the vehicle in the 6500 block of Hwy 51 and located an adult male who had suffered a gunshot wound to the back.  A few minutes later, while on scene, a second vehicle pulled up, and deputies located a second adult male who had suffered a gunshot wound. One of the victims was transported by air while the other victim was transported by EMS to Piedmont hospital in Columbus for treatment.

During the Investigation, Roderick Andrew Edwards (37) from Opelika was developed as a suspect. Warrants were obtained for his arrest, and a search began for Edwards.

On Feb. 22, 2021, Edwards surrendered to investigators at the Sheriff’s Office, and bond was set at $125,500.00. Edwards is charged with 1 count of Attempted Murder, one count of Shooting into an Occupied Vehicle and Failure to Appear on a traffic offense. This case is still under investigation and more charges are expected.