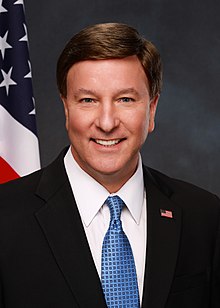 In this new year and decade, the world remains a very dangerous place.
Recently, President Donald Trump had the opportunity to take out a very bad actor who wished harm on Americans and was responsible for the deaths of 600 U.S. soldiers.
In Baghdad, Qassem Soleimani, an Iranian commander, was killed by some of our brave men and women serving in uniform.
A known terrorist is now eliminated, and I strongly stand with President Trump on his bold and decisive actions.
But Democrats have been quick to rush to Iran’s defense. Can you believe that?
Because Democrats are so blinded by their complete hatred for President Trump, they cannot even acknowledge the death of this terrorist was done in the interest of the United States’ national security.
Speaker Nancy Pelosi even brought a war powers resolution to the House Floor in an attempt to tie the hands of our president.
As a senior member of the House Armed Services Committee and the Ranking Member on the Committee on Homeland Security, I strongly opposed this blatantly politically-driven move.
Making it harder for any president to keep our homeland and citizens safe is irresponsible and just plain dangerous.
As I said in my speech last week on the House Floor, “This resolution maligns our President, undermines our national security and makes a martyr of a man who killed nearly 600 Americans.”
Democrats can’t bring themselves to acknowledge that President Trump was right to take out Soleimani or support the Iranian citizens protesting for their freedom. Instead, they continue their attempted coup in the form of the sham impeachment process.
President Trump’s record of accomplishments is clear and irrefutable. Unfortunately, Speaker Pelosi and Democrats just can’t put America first.
Please sign up for my e-Newsletter and the Rogers’ Roundup by visiting my recently launched new custom website at: www.mikerogers.house.gov.
To stay up to date, follow any or all of my social platforms as well.
You can like my Facebook page at facebook.com/CongressmanMikeDRogers, follow me on Twitter and Instagram using the handle @RepMikeRogersAL and subscribe to my YouTube page by visiting youtube.com/MikeRogersAL03.