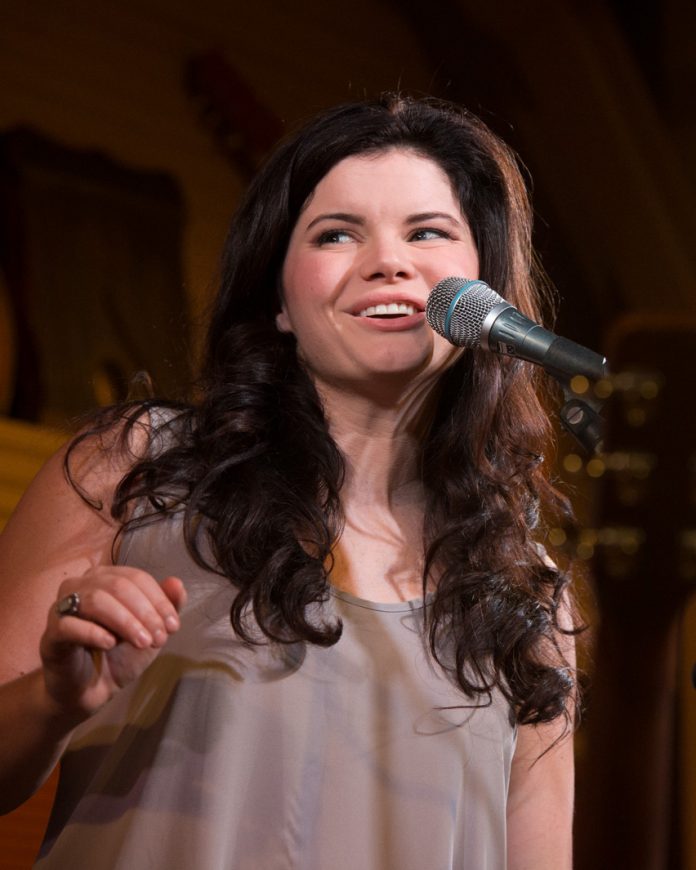 Americana singer-songwriter Rebecca Loebe will make her return to Sundilla on March 6, with showtime set for 7:30 p.m.
Loebe is not just another talent. She’s a talent — a sophisticated, mature writer with a relevant point of view and an assured, nuanced voice that’s both elegant and earthy, powerful and delicate, with a range and depth she hints at more than flashes.
“I like to write catchy songs about topics that are meaningful to me, but use fun hooks to put words in people’s mouths,” Loebe said. “My favorite thing is to get people singing along before they even realize they’re singing about women’s equality or their own self-worth.” Inventively marrying elements of folk, pop, rock, blues and jazz, Loebe takes vocal left turns or shift from breezy to profound in a single phrase.
Born in Virginia and raised in Atlanta, Loebe was always musical. She picked up a guitar at 11 years old and honed her vocals in high school (where she also joined the wrestling team). After graduating at 16, she became the second youngest member of her class at Berklee College of Music and one of a handful of women studying audio engineering.
But when a mentor encouraged her to stay creative, Loebe realized she wanted to sing the songs she’d secretly written for years. It didn’t take her long to cast her spell over Kerrville Folk Festival New Folk Competition judges, who made her a winner in 2009, and talent scouts for The Voice, who asked her to audition for the show’s debut season. Two years later, Alternate Root magazine ranked her ninth on its list of America’s top female vocalists.
Advance tickets are $15 and can be found at Spicer’s Music, Ross House Coffee and online at www.sundillamusic.com; admission at the door will be $20.
Free coffee, tea, water and food will be available, and attendees are welcome to bring their own favorite food or beverage.
The show will be held at the Auburn Unitarian Universalist Fellowship, which is located at 450 E. Thach Ave.