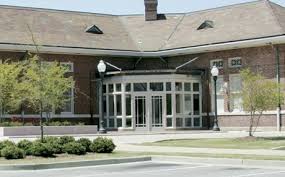 For the first time in several years, pre-K education will be offered in Opelika through the “Opelika First Class Pre-K Academy,” thanks to the efforts of the Envision Foundation.
Multiple media reports in April 2015 reflect that Opelika City Schools nixed its pre-K program because of a huge gap between costs and the low total number of participating students.
According to Academy Director Cindy Conway, who has an extensive background in education and experience with Office of School Readiness programs like hers, she is “beyond excited” to bring pre-K education back to Opelika.
“Basic psychology says we are who we are by age five, and if I have an opportunity to help write that last chapter of a child’s life, then what an amazing gift that is,” Conway said.
At the July 2 meeting of the Opelika City Council, the city approved a three-year lease agreement with the Envision Foundation at a total cost of $1 per year. Conway said upgrades and renovations are currently being made to the facility to include administrative offices, classrooms and playground area.
Enrollment is free for the academy, which begins classes on Aug. 15 and abides mostly by the OCS calendar, Conway added. The program is open to children who live in Opelika and are four years old before or on Sept. 1. Parents are only required to provide copies of their child’s birth certificate and proof of residence (utility bills or lease and mortgage copies). Immunization records will be required upon enrollment.
A regular school day at the academy will last from 7:30 a.m. to 2:30 p.m. daily but there will be an after-school program for working parents that will run an additional three hours to 5:30 p.m. Breakfast and lunch will be provided.
Instead of the traditional hands-on approach used by teachers, Conway said they will utilize “engagement through self-discovery.”
“The teachers are going to be mere facilitators in the classrooms, standing back and making observations. As children do things, teachers will take anecdotal notes as they go around, which is part of their job to do is to put it in the database system for the state (education) department,” Conway said. “That way, we can see where the child is developed mentally and how far they are from where they need to be.”
Conway added that she is pleased with the staff she has hired, which includes Misty Blackmon, longtime Jeter Elementary educator Laura Lambert and Wendy Overstreet, one of the founders of Opelika’s original pre-K program. They will help oversee the education of the 36 children already enrolled in the program.
Enrollment for the academy will remain open year-round. Though there is a waiting list, Conway encourages parents to place their child in advance of possible future openings.
“I encourage people with two and three-year-olds to go ahead and get themselves placed on the list. It’s never too early,” Conway said.
For more information or updates on the academy, call Conway at 334-319-0056 or like and follow the “Opelika First Class Pre K Academy” Facebook page. The train depot is located at 1032 S. Railroad Ave.