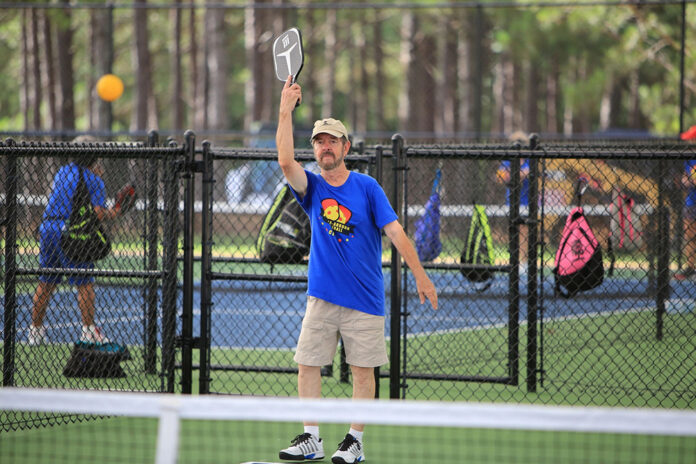 Contributed by Opelika Parks and Rec

The Alabama Recreation and Parks Association (ARPA) recognized Opelika Parks and Recreation at their annual state conference awards ceremony last month. The new Opelika Pickleball Facility, located at the Opelika SportsPlex and Aquatics Center, was recognized as the “2020 Facility of the Year” for cities with populations of 15,000 or more.

“Opelika Parks and Recreation is extremely proud to accept this award on behalf of the City of Opelika,” said Sam Bailey, director of parks and recreation. “It is a very prestigious award only given once a year to the best of the best.”

The Opelika Pickleball Facility opened for public use in July of 2019. The facility features 12 state-of-the-art pickleball courts that are individually fenced, allowing for tournament style play. The entire facility is covered by a large canopy that offers shade and protection from the elements and features LED lighting for nighttime play. Because the facility is situated directly behind the Opelika SportsPlex, players have access to ample parking, bathrooms, lockers, showers and concessions.

Opelika’s pickleball courts are open to the public 24/7. Players do not have to be a member of the Opelika SportsPlex to play. Courts are available on a first come, first served basis.

“The sport of pickleball has been great for Opelika,” Bailey said. “We have seen tons of people visit Opelika to play. We have also had plenty of local people who have learned the sport and become pickleball enthusiasts. Opelika is fortunate to have built one of the best pickleball facilities in the nation.”